Kendall is gearing up to make a decision that may break her mother’s heart. And no, we don’t mean being naked on Instagram.

No, she apparently wants to quit filming her family’s reality series … and to separate her brand from that of her siblings and parents.

Will this break her momager’s heart?

RadarOnline‘s insider describes Kendall’s plan to quit Keeping Up With The Kardashians.

It sounds like part of what’s driving Kendall to break away from her family’s show is that, well, being a reality star is absolutely exhausting.

This source describes what has Kendall so fatigued.

"If Kris had her way the whole family would be filmed 24/7."

According to Oprah, the family often films for 14 hours in just one day for Keeping Up With The Kardashians.

Don’t ever let someone tell you that the Kardashians didn’t work to get where they are.

The source does acknowledge that Kendall having her own career has given her extra wiggle-room.

"But she respects they need privacy and has gone easy on Kendall since her modeling career took off."

"It’s given Kenny a sense of freedom and she loves being in charge of her own image at long last."

Though, admittedly, some fans are worried or baffled because they cannot imagine why Kendall Jenner partnered with Chris Brown for a recent project.

These fans wonder if Kendall being in charge of her own decisions is a good thing … or if her infamous Pepsi Commercial will one day be a fond memory.

After all, fans have already seen the variety of questionable choices that Kendall makes on her own … like when she appears to be about to kiss her own sister.

The source continues by saying that Kendall has already been taking some steps back from the show that made her family into royalty.

"She’s been winding down her commitments for the show and exploring other options, in TV as well as modeling."

Is … is Kendall looking into doing scripted television work? That would be interesting to see.

A huge part of her motivation to forge her own path is that she wants to be taken seriously in her career.

"She knows people look at her and snicker because of her family and it bugs her."

Part of that is just that the Kardashians are easy targets for ridicule.

"Kendall adores her family but figures it’s death by association, if she’s not careful."

We all remember the outrage that some fans of modeling felt when Kendall did not have to audition for the Victoria’s Secret Fashion Show.

If she goes her own way, she hopes to be seen as earning what she gets.

There’s a much more practical motive behind Kendall’s reported desire to separate herself from her family’s show.

"She wants to get out of L.A., too, and plans to divide her time between New York and Paris."

That sounds very wise. L.A. is big for television and film, but New York and Paris are go-to places for fashion.

A lot of members of the family like to stick close to home — in Calabasas. But if Kendall wants to go her own way, good for her.

Her loved ones will always be just one plane ride away.

Though she might need to find new ways to cope with anxiety since she won’t be able to physically run to her parents anymore.

Now, before start writing sympathy cards for Kris Jenner, remember that this is not confirmed. This may be something that Kendall is considering doing.

The Kardashians are heavily emotionally dependent upon each other, and that’s not easy to quit.

What’s more is that, though modeling can pay big time (at Kendall’s level, she can make six figures for one fashion show), Keeping Up With The Kardashians is a regular paycheck.

We all remember what happened to Rob’s finances after he stopped appearing on the show for years. 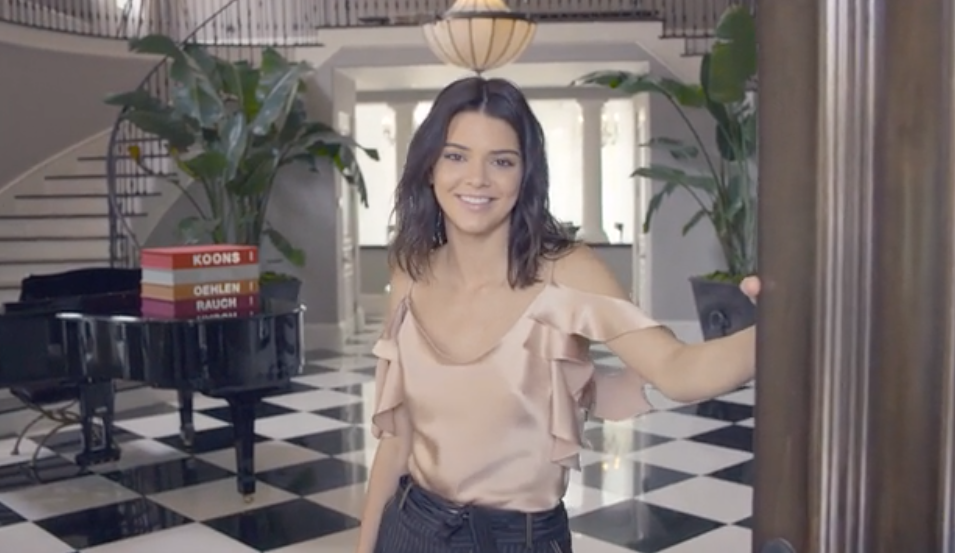 Kendall Jenner: 19 Things You Definitely Don’t Know About Her

Sure, he’s still rich, but he’s no longer Kardashian rich.

But Kendall isn’t Rob and isn’t going to rely on sock sales, so we’re sure that she can pull it off. If that’s really what she wants.