If you watched Amber Portwood on Marriage Boot Camp Friday night, then you know that it really did not seem to be a good time for her.

She was weird, loud, aggressive … so how she usually is, only way worse.

She picked fights with anyone and everyone, no reason needed, and she just had this quality about her that was alarming and upsetting and just very not good.

And now we know why!

On Friday morning, presumably once she realized how much attention her behavior on the show would receive, she hopped on Twitter to send a special message to her followers.

"No matter what struggles I went through a year ago on MBC..I’m now happy, healthy and sober," she wrote.

"The struggles & anger I went through are real & I’m happy to have ended such a horrific time in my life! Ready to live life clear headed and full of love."

"The future is finally bright," she added.

There’s quite a bit to unpack here, but the most notable thing is that she says she’s "now happy, healthy and sober," implying that when she was filming the show, she wasn’t any of those things.

This is the first time she’s admitted to not sticking with her sobriety, because being sober is a very big deal for her.

She once said that in early seasons of Teen Mom, we literally never saw her when she wasn’t on some sort of substance — even when we saw her go to rehab.

Back in those days, she had a habit of taking all kinds of pills, primarily, and her drug problem was so bad that when she was in prison, she opted for a longer sentence instead of going to rehab.

She said she believed that was the only way she could truly overcome her addiction.

In the years after her release from prison, she made a big deal out of her sobriety, and for a while, it did seem like she was doing well.

Then there was a troubling Teen Mom episode when we saw her drinking with Matt Baier — at the time, she said it was OK for her to drink because she’d never been an alcoholic.

Unfortunately, that’s not quite how addiction works.

She continued to drink for a good long while with Matt, but she always got very upset whenever anyone suggested that it would be a good idea for her to stay away from all substances, not just the specific ones she preferred in the height of her addiction.

Even in the current season, she got furious when Matt suggested she wasn’t sober.

But for us viewers, it’s been clear for a while now that something hasn’t been quite right with her, and the episode of Marriage Boot Camp really drove that home.

And it looks like now we know what the issue is — or a big part of it anyway.

After making that tweet about her sobriety, someone asked her to clarify what she was talking about, and she explained that she "was drinking heavily on top of my bipolar and borderline medication."

"Obviously something you shouldn’t do with medications like that," she added. "However it happened and I went through hard times in order to be truly happy finally."

It’s nice that she’s being honest about what caused her bizarre behavior on Marriage Boot Camp, but it’s also pretty terrifying.

We obviously don’t know what medications she’s taking, but mixing alcohol with medications can be extremely dangerous — she’s lucky that some embarrassing outbursts were all that happened.

Another thing though is her pregnancy. The timeline here is pretty tight, and deeply concerning.

Judging by the dates she’s given us, she likely got pregnant sometime in August — Marriage Boot Camp was filmed towards the end of June.

That means she had around a month to a month and a half to get off her meds and to get her drinking under control. 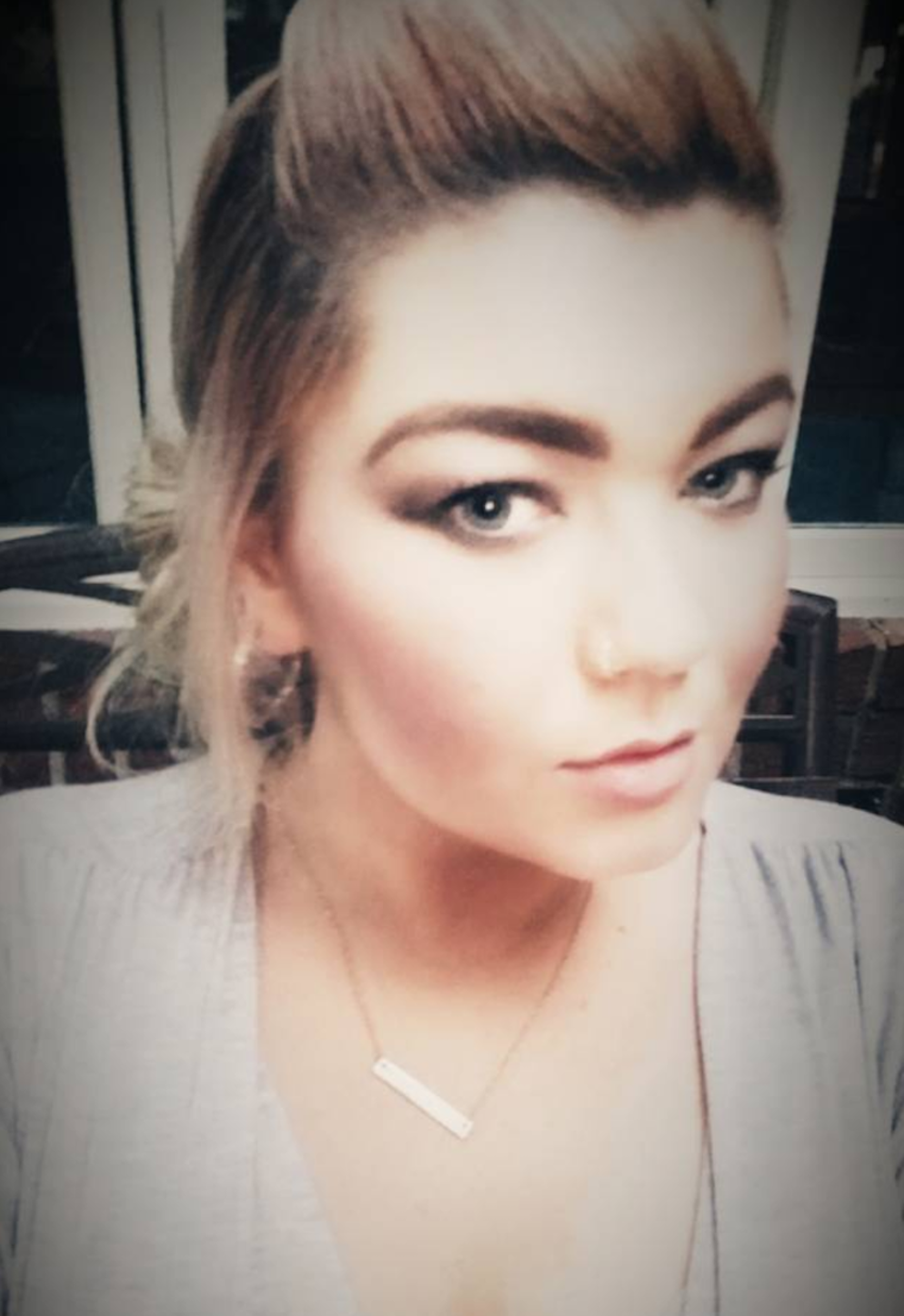 Oh, and one more issue: now that we’re seeing what Amber was like while filming this show, we know what she was like when Andrew Glennon became attracted to her.

Is there one happy thing about this whole situation? At all? Even just one tiny little thing?