As previously reported, Kylie Jenner gave birth to her first child on February 1.

The reality star finally came out on Sunday and made this exciting announcement.

But there’s one not-so-small aspect of this announcement that has been largely ignored by the mainstream public.

And that is this:

The rapper played a rather important role in the creation of Jenner’s daughter, not that we can blame many celebrity gossip followers for being unaware of this fact.

Heck, there have been ongoing questions over whether Scott and Jenner are even still together.

These questions were answered, however, upon the surprising release of a lengthy video by Jenner over the weekend.

It coincided with the confirmation that she’s now a mother and it featured various images and footage of her and many family members over the past year or so.

Heck, there’s footage up above of Scott at the hospital for Kylie’s birth.

Not only was he on hand for the blessed event, he canceled concerts in Minnesota and Las Vegas last week to be there.

“It was really stressful for her that he was away so much, but at the same time, she knows that his tour was booked way before they got together, and that the pregnancy was pretty bad timing, all-in-all,” an insider tells Hollywood Life, adding:

“But, Travis said he was going to be there at the birth…no matter what.”

And, hey, he was true to his word!

Now that the baby is finally here, all restrictions are off for Kylie and company.

Jenner, meanwhile, actually came out with a statement that explained why she had been so quiet about the entire pregnancy since news first broke.

“My pregnancy was one I chose not to do in front of the world,” she said simply, expounding as follows:

“I knew for myself I needed to prepare for this role of a lifetime in the most positive, stress free, and healthy way I knew how.

"There was no gotcha moment, no big paid reveal I had planned.

"I knew my baby would feel every stress sand every emotion so I chose to do it this way for my little life and our happiness.”

Even more exciting, Kylie revealed her daughter’s name to the world: Stormi Webster. She even gave the baby Travis’ (real, non-stage) last name!

In the video above, and in the photos that have been posted online since, it’s evident that Scott was present throughout Jenner’s pregnancy; he was at doctor’s appointments, family events and much more.

A father is supposed to be at these things, of course, and the real challenge will be whether Scott remains present for at least the next 18 years or so.

Fatherhood is not a one time thing.

His parental road is only just beginning.

But Travis appears to be off to a solid start and he deserves our praise for that, not our cynicism. Well done, man. 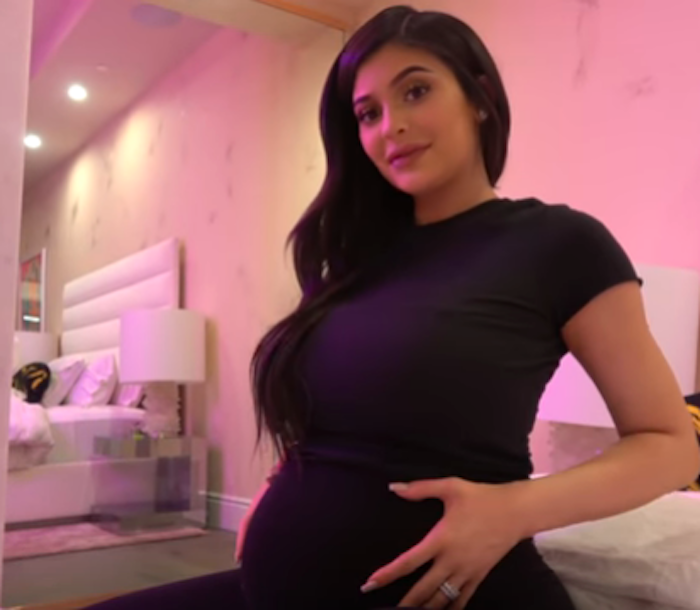