This week on Teen Mom OG, one cast member shocked her whole family when she reveals that she is pregnant once again.

Meanwhile, another who hoped to follow in those same fertile footsteps took the surprising step of having her IUD removed.

There were birthdays, weddings and custody issues to be talked about too, making for an eventful installment of the MTV hit.

We begin with Catelynn Lowell, who actually took a pregnancy test just in case she was pregnant, but did so on the DL. Why?

Just in case since if she was pregnant, she said, she wanted to keep it from Tyler so she could surprise him in some cute way.

It turns out that she was … and she did!

When he got home, her daughter Nova was outfitted in a shirt saying: “I’m going to be a big sister!” Tyler was … kinda confused.

“Why do we have that shirt?” Tyler asked.

"Because she’s gonna be a big sister!” Catelynn responded, and brought out the positive test, and told him she’d taken three others.

“You’re a fertile myrtle,” he replied.

We don’t know what that means, but sadly, we know what happens next: Catelynn Lowell suffered a miscarriage shortly after.

In this case, knowing the details of the lives of these quasi-celebrities before they play out on screen puts a damper on things.

We just hope Catelynn is doing alright, and that her latest trip to rehab (reportedly being filmed for the show) is successful.

In Tennessee, Ryan Edwards finally got to spend time with Bentley on his ninth birthday, though not without mire controversy.

Maci Bookout didn’t have the drug test results she demanded before she would let her first-born son be around Ryan alone.

According to Ryan, he had taken and passed such a test administered by his lawyers; Maci simply hadn’t asked for the results.

It’s unclear where the truth lies, but his parents, Larry and Jen, picked up the adorable boy and arrived at the house with Ryan.

He didn’t even get off the couch, which was strange, but they did appear to have a good time together after that awkwardness.

On the plus side, Ryan’s wife Mackenzie Standifer texted Maci Bookout letting her know that she was invited to their wedding.

Their whole family was, including Maci’s husband, Taylor McKinney, and their kids. So that’s a really positive sign for everyone.

In the Wild, Wonderful World of Farrah Abraham, she and her oft-estranged mother Debra went on a karaoke girls night out.

Debra again asked Farrah and Sophia to attend her wedding, and again was rebuffed, as Farrah really, really doesn’t like David.

Finally, Amber Portwood broke the news of her pregnancy to her mom and her cousin Krystal during this week’s installment.

Her mom’s response, not unlike ours:

“Shut up, are you serious?”

Amber’s mother admitted that she was in shock and didn’t know Andrew well, hence her less-than-enthralled initial reaction.

The expectant couple was upset that word of the pregnancy made its way online before they told Andrew’s family personally.

No one knows (including Amber and Andrew) who talked to the media about this, but we’re looking at you, Jenelle Evans. 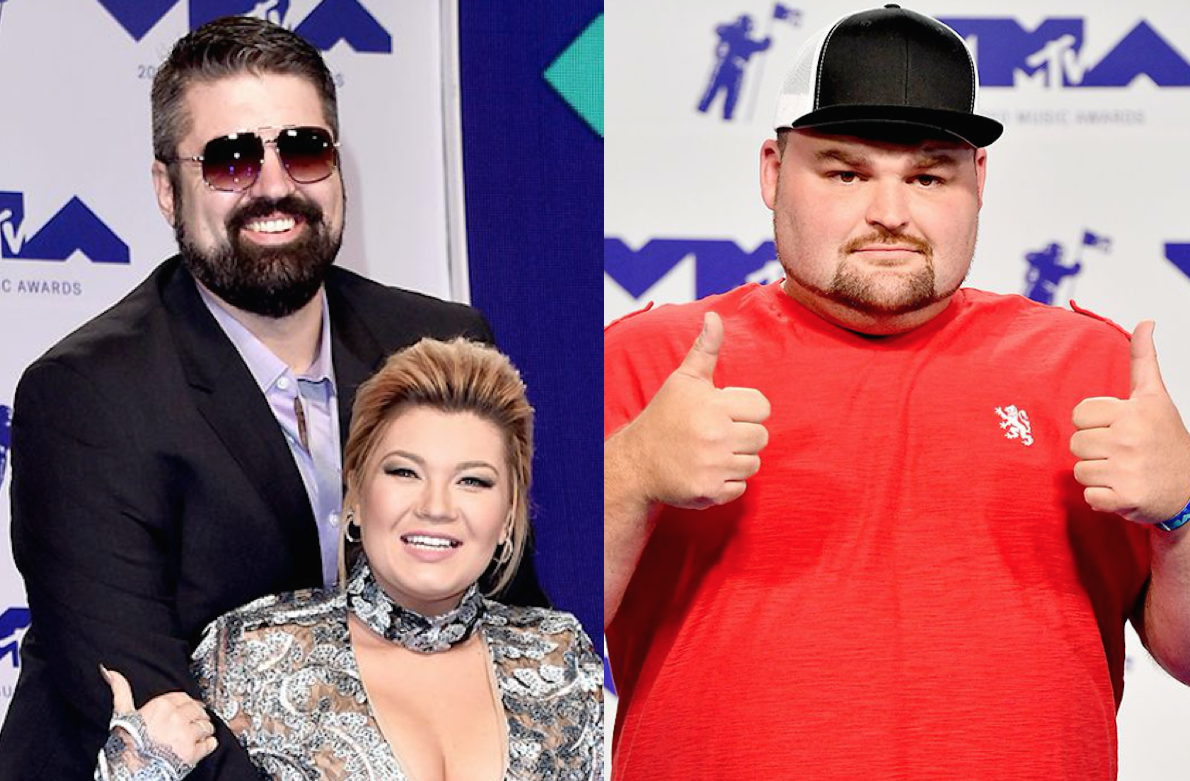 Gary Shirley on Amber Portwood Pregnancy: This is Happening WAY Too Fast!

Andrew wondered if Gary Shirley, the father of Amber’s daughter Leah, was the one who leaked the story. Amber doubted that.

Gary did speak to his wife, Kristina Anderson, about the pregnancy in private, musing on how this presents an opportunity.

“They could be great parents. It could be Amber’s second chance,” Gary told Kristina. “I hope that she takes care of the kid.”