The 2018 Grammy’s were on Sunday, and do you know who took home the gold? A whole bunch of dudes.

The gender disparity between extremely talented women who were nominees and the men who won Grammys was so significant that some people started referring to #GrammysSoMale — a nod to the #OscarsSoWhite criticisms in recent years.

The Recording Academy President said that women needed to "step up," and that prompted Pink — who has been stepping up for her entire career — to speak out.

Viewers couldn’t help but notice that there were some serious snubs at the Grammys.

Okay, one of them was Jay-Z, whose 4:44 album made headlines. But some felt that it was right that he not be celebrated for an album all about how he cheated on Beyonce to absurd lengths.

Viewers wanted to know where the heck Lorde was.

Lorde, extraordinarily accomplished for any age but particularly for a 21-year-old who was still in high school when the world fell in love with her music, was the only Album Of The Year nominee who was not invited to perform solo.

Which was absurd and insulting.

And then, though Kesha’s powerful performance of "Praying" wowed audiences, Kesha didn’t win. Neither did Lady Gaga or Lorde.

Ed Sheeran won for what many felt was a mediocre song about some woman’s body. Bruno Mars swept up the awards.

Was it fair, or were men held to lower standards than women?

And here’s his advice:

"[They need] to step up because I think they would be welcome."

Which … seems to miss the point. Women aren’t asking for a boost above their level of talent. People just want their talent to be recognized and honored.

Though he has the audacity to tell incredibly accomplished women to "step up," he at least has the insight to acknowledge that he’s speaking from a place of privilege.

"I don’t have personal experience of those kinds of brick walls that you face."

"I think it’s upon us — us as an industry — to make the welcome mat very obvious, breeding opportunities for all people who want to be creative and paying it forward and creating that next generation of artists."

Maybe this is just subjective, and the Grammy voters just happen to prefer Ed Sheeran and Bruno Mars’ voices … somehow.

But it seems like an odd coincidence that they just happen to overwhelmingly enjoy dude voices despite such massive displays of female talent.

In a handwritten note shared to Twitter, Pink wrote:

"Women don’t need to ‘step up’ — women have been stepping since the beginning of time."

"Stepping up and also stepping aside."

Referring to how women so often forego recognition so that men can give a speech and take home an award. Even if those men are less talented.

"Women owned music this year. They’ve been killing it."

She’s right about that.

"And every year before this."

She talks about how important it is for women’s accomplishments to be acknowledged instead of sidelined.

"When we celebrate and honor the talents and accomplishments of women, and how much women step up every year, against all odds …"

Which they really do. In light of those #MeToo stories, it’s almost astonishing how many women remain in the industry instead of running for their lives.

"We show the next generation of women and girls and boys and men what it means to be equal and what it looks like to be fair." 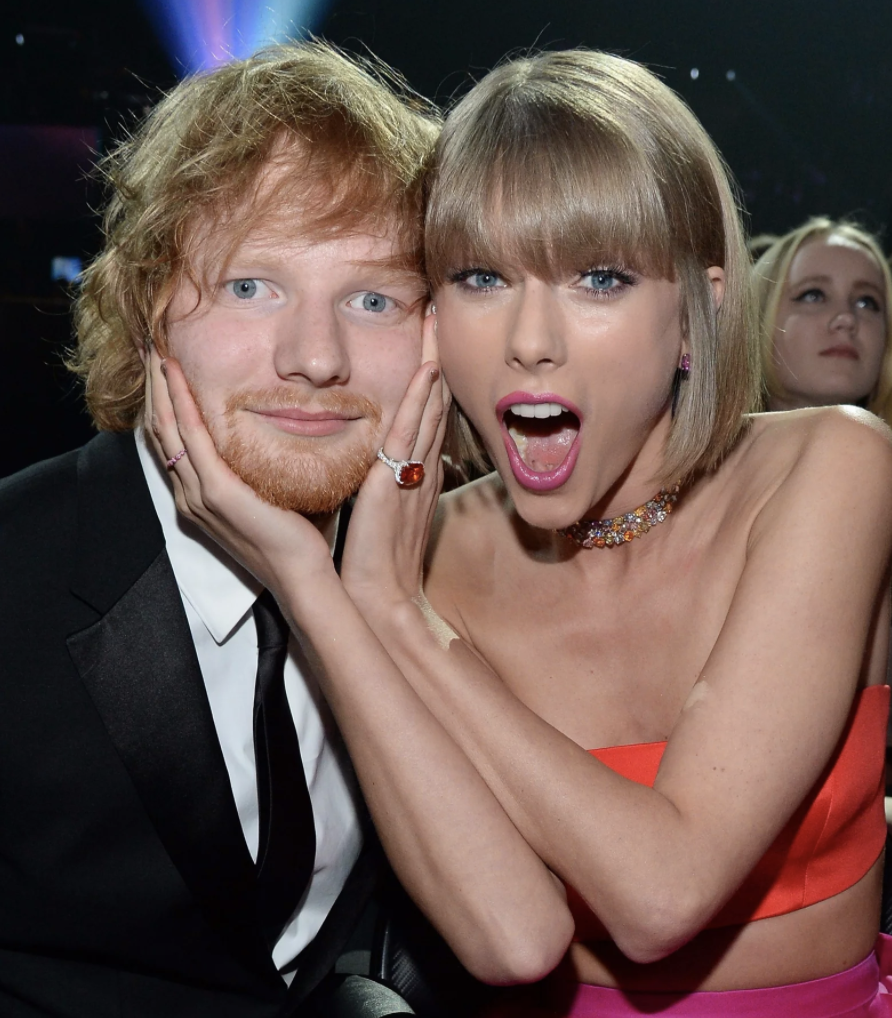 Grammy Awards: Who Got Totally Snubbed?!?

Again, she says fair. She’s not asking for special awards for the sake of giving out awards.

But many Grammys viewers feel that anyone who claims that they just happen to enjoy Sheeran or Mars more than they liked Lorde’s album or Kesha’s is perhaps lying to themselves.

Again, music is subjective, we suppose. But seeing such a massive gender disparity raises some eyebrows. Pink has a point.