We suppose it was inevitable that the Duggar women would eventually rebel against the uber-strict dress code and draconian rules of conduct that have held them down for decades.

We just didn’t think it would all happen so quickly.

(Between Jinge and the NFL protests, this has been a huge year for woke knees!)

Shortly thereafter, we learned that her older sister had also broken her floor-length denim chains, thanks to an Instagram photo that showed Jessa Duggar wearing pants.

From that point on, there was no stopping the Duggar women’s momentum.

To the shock of many, Joy-Anna Duggar got pregnant out of wedlock (allegedly) defying the “courtship” rules that have done as much to make her family famous as the sheer size of Michelle and Jim Bob’s brood.

And just yesterday, we bore witness to another bombshell act of defiance in the form of Jill Duggar’s tattoo.

No doubt a deeply-frustrated Jim Bob pounds his fists on a lot of flat surfaces these days, especially since the latest rebel is none other than his wife, Michelle Duggar.

Now, in this case, “rebel” should definitely be in quotes, but in her own small way, Michelle is joining in on her daughters’ efforts to take their power back.

The photo above, which shows Michelle and Jim Bob in what appears to be a throwback vacation photo, was posted to the Duggars’ official Facebook page yesterday.

“Dreaming about warmer days when my love and I were on the beach!” Michelle captioned the pic.

Now, it may seem innocent enough (and it certainly is), but as many fans pointed out, Michelle is violating her own rules in at least two ways in this photo.

For one thing, she’s showing some leg.

While the Duggar girls are only required to wear skirts that extend past their knees, Michelle typically goes the extra mile with legwear that does all the way to the floor.

So the sight of Michelle flashing even a few inches of calf was enough to throw some fans for a loop.’

On top of that, the Duggars typically avoid beaches and public pools, due to the “immodest” attire sported by their fellow swimmers.

“Wait, I thought you didn’t go to the beach,” commented one fan.

“Scandalous, look at all that leg,” joked another.

“I wish they could wear normal bathing attire,” a third remarked.

“Those clothes are just going to be hot and heavy and miserable.”

Yes, this isn’t our first glance at Duggar swimwear.

A memorable photo of Jessa Duggar in a swimsuit is often cited as evidence of just how far her family will go in the name of modesty.

The dress code may seem like a minor inconvenience, but many see it as a tool to keep the Duggar daughters subservient to the men in their lives.

Thankfully, it seems to be very slowly dying away.

These days, the Duggar women are working as silence breakers in their own subtle but important ways. 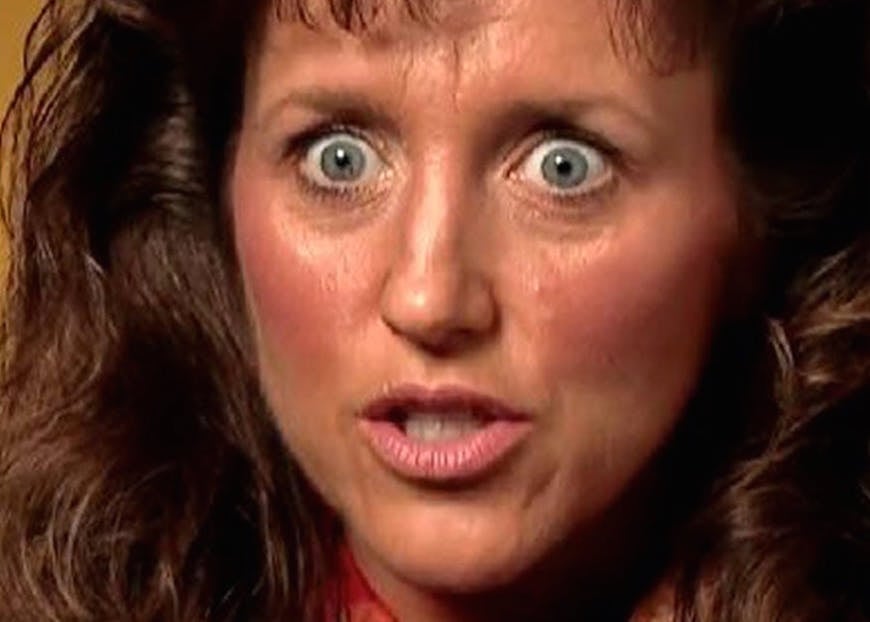 Michelle Duggar Slammed By Fans: What Does She Do All Day?!