Prince Harry and Meghan Markle are engaged to be married.

This is really happening:

PRINCE HARRY AND MEGHAN MARKLE ARE ENGAGED TO BE MARRIED!!!!!!!!!!!

“His Royal Highness and Ms. Markle became engaged in London earlier this month,” Clarence House has said in an official statement, adding:

“Prince Harry has informed Her Majesty The Queen and other close members of his family.

Prince Harry has also sought and received the blessing of Ms. Markle’s parents."

According to Clarence House, “the couple will live in Nottingham Cottage at Kensington Palace.”

But that’s not all…

… Clarence House also confirms the wedding will take place in the spring of 2018.

That’s just a few months away!

Look for the event to be the most publicized and scrutinized royal nuptials since Prince William exchanged vows with Kate Middleton in 2011.

This will also the first time a direct heir to the throne has been set to wed an American citizen since King Edward III abdicated to marry Wallis Simpson in 1937.

(For the record: Harry is fifth in line to rule England, behind his father, Prince Charles; William; and William and Kate’s children, Prince George and Princess Charlotte.)

In a statement, Queen Elizabeth and Prince Philip said they were “delighted for the couple and wish them every happiness.”

As you can see below, rumors of a proposal have been floating around the celebrity gossip universe for months.

There’s been specific talk, for instance, of how Harry would present Markle with a very special ring that has a connection to his late mother.

But no details regarding the rock have been made public yet.

“We are very excited for Harry and Meghan," said Prince William and Middleton through Kensington Palace.

"It has been wonderful getting to know Meghan and to see how happy she and Harry are together.”

“We are incredibly happy for Meghan and Harry.

"Our daughter has always been a kind and loving person. To see her union with Harry, who shares the same qualities, is a source of great joy for us as parents.

"We wish them a lifetime of happiness and are very excited for their future together.”

The famous couple met in in the spring of 2016 at a charity event, although Markle explained to Vanity Fair that they "were very quietly dating for about six months before it became news."

She also gushed at the time:

"I’m sure there will be a time when we will have to come forward and present ourselves and have stories to tell, but I hope what people will understand is that this is our time.

Aside from this interview, neither Harry nor his bride-to-be have talked much about the romance with the outside world.

But chatter has been swirling around them since they fell in love.

We know, for example, that Markle will quit her work on Suits in order to live full-time in London as a Royal.

We’ve also heard, upon their union, that Prince Harry will be made the Duke of Sussex. 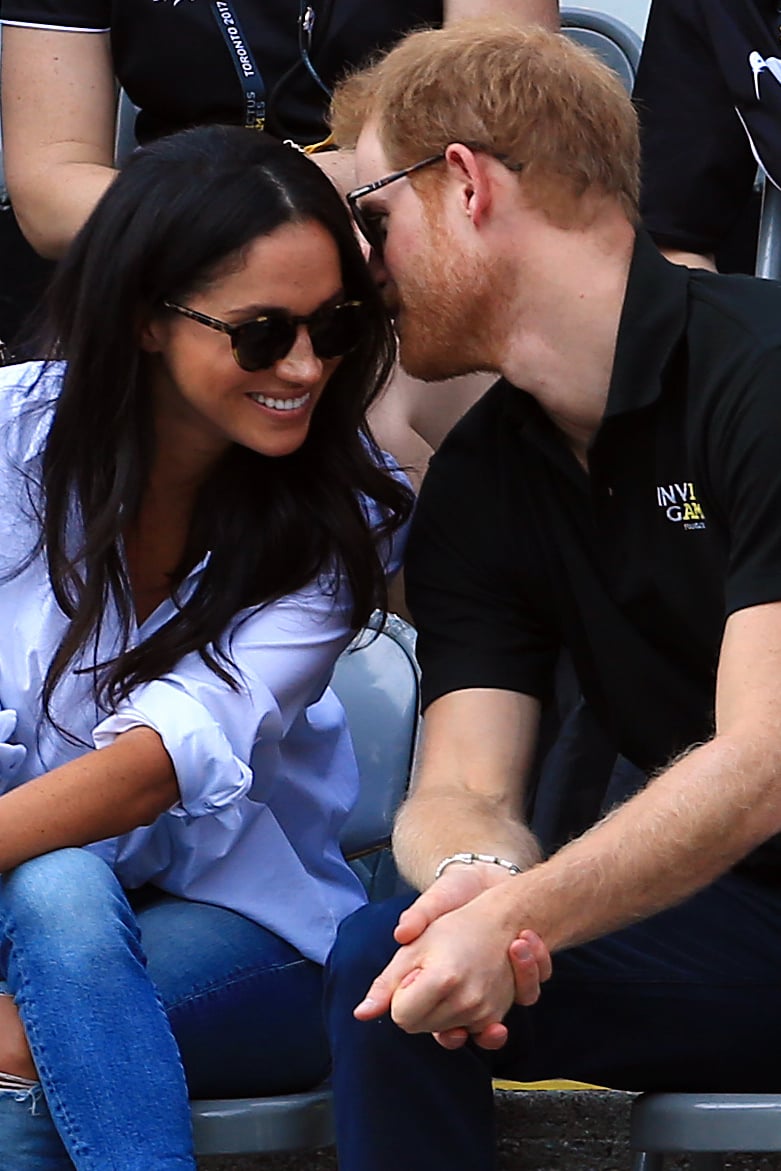 "He’s happier than he’s been for many years," a source close to the Prince recently told the Sunday Express, elaborating"

"He’s in a very relaxed period of his life and Meghan has come along at the right time.

"They are taking each week as it comes and just enjoying each other’s company, but it’s fair to say that they love seeing each other and there’s a definite chemistry between them."

Please join us in sending Harry and Meghan your very best wishes.

And strap in, folks: The craziness surrounding this couple is only just beginning!