There’s not a soap opera on television that can hold a candle to the drama that plays out every day on social media between Kailyn Lowry and Javi Marroquin.

Of course, volatile relationships are nothing new in the world of reality TV, and they’re sewn into the very fabric of Teen Mom 2.

But what makes Kail and Javi’s situation so unusual is the fact that they’ve been divorced for over a year.

These days, the primary point of contention between the parents of 3-year-old Lincoln is Javi’s relationship with Briana DeJesus.

Briana, of course, is the newest addition to the TM2 cast

“Kailyn can’t help thinking that Javi‘s main reason for dating Brianna is to spite her," says the insider.

"There are a million other girls out there, but Javi chose to hook up with another Teen Mom star, which he must have known would result in tons of publicity. It’s not even like it’s convenient for them to be together — they live over a thousand miles away from each other, so it just doesn’t make any sense to Kailyn."

Obviously, the fact that Briana and Javi are co-stars who live far apart isn’t concrete evidence that they’re dating to spite Kail.

But if their goal is to piss off Javi’s ex, it certainly seems to be working:

"Each time she has to look at photos of the two of them together, or see yet another story about them dating, it’s like a stab in the heart, and it’s driving her crazy," says the source.

"It must have crossed Javi’s mind that getting with Brianna would piss off Kailyn, so she really can’t stop herself from questioning his motivation.”

Kailyn may have a point, as there are times when it seems that Bri and Javi’s relationship is all for show.

Just two weeks ago, DeJesus denied dating Marroquin in an interview with E! News–but now it seems the co-stars are more serious than ever.

It’s not hard to see why Javi and Bri’s renewed interest in one another might have less to do with romance and more to do with the fact that DeJesus is once again publicly feuding with Lowry.

Fortunately, Kailyn has no reason to be concerned.

If Javi and Briana are actually pretending to date just to get back at her for some imagined slight, then Ms. Lowry has already won this feud in decisive fashion. 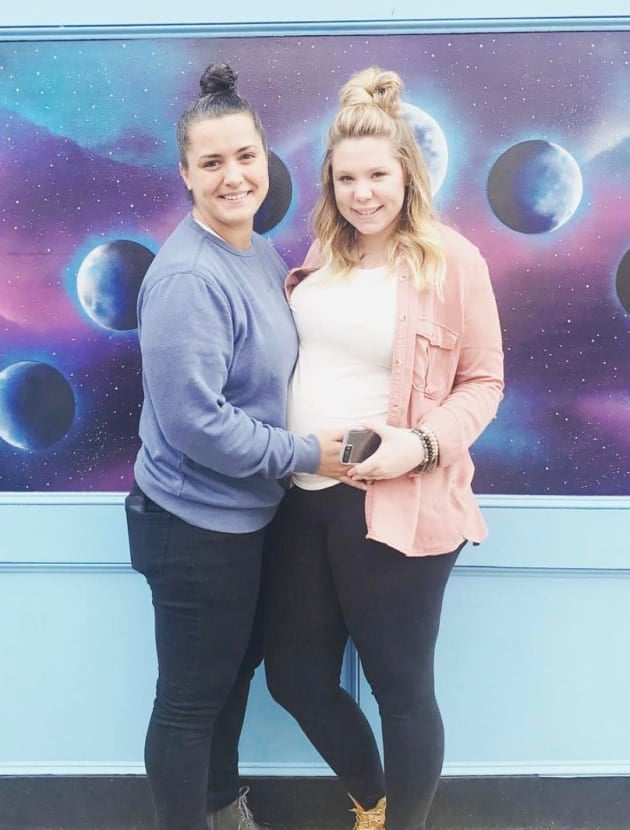 Kailyn Lowry: Did She Cheat on Javi Marroquin With Becky Hayter?