If you’re fan of the Counting On clan, then by now, you’ve probably heard the news that Josh and Anna Duggar have welcomed their fifth child.

Reactions to the announcement have been decidedly mixed, as a result of the Josh Duggar sex scandals that rocked the family in 2015.

Fans were stunned to learn that Josh had molested five young girls, four of whom were her sisters, yet was able to avoid punishment.

With the help of his parents, who decided it would be best to handle the situation "in house," this secret was guarded for over a decade.

Even more astonishingly, Jim Bob and Michelle Duggar managed to salvage their lucrative media empire, despite some epic backlash.

Still, their efforts to sweep Josh’s sex crimes under the rug have been met with staunch resistance ever since the scandal broke in 2015.

Thousands of former fans of the TLC family turned away from the Duggars in disgust after news of Josh’s transgressions went public.

And for many, the knowledge that he’s become a father for the fifth time hasn’t smoothed things over, but rather, re-opened old wounds.

There’s been an outpouring of concern on social media, not only for Josh’s children, but also for his beleaguered wife, Anna Duggar.

Rumors of Anna planning to divorce Josh seem to circulate on social media every few months, and it’s not hard to see why.

Anna has countless valid reasons to leave her husband, not the least of which is that Josh was caught cheating on her.

That’s right, just months after word of his sex crimes went public, he was outed as a user of the infidelity website Ashley Madison.

But amazingly, Anna has stuck by him through it all, becoming pregnant with her fifth child shortly after Josh was released from rehab.

One can’t help but wonder, as an outside observer … why?!

It’s possible that the 29-year-old former Anna Keller is just an extremely devoted student of the Tammy Wynette school of marital strife.

But what seems more likely is that Anna is unable – not uninterested in doing so, but unable – to leave her philandering spouse.

How would that work, exactly, in a free country?

For starters, if Anna were to cut ties with Josh she would no longer be invited to take place in various Duggar media projects.

That means she would lose her livelihood, and with five children to feed, this is not a decision anyone would take lightly.

It gets even more complicated, too.

Since Josh already isn’t allowed to appear on Counting On, it’s not as though he would have much to offer her in the way of child support.

On top of all that, several Duggar obsessives have noted that Anna’s family is even more strict in terms of their fundamentalist beliefs.

That’s right, even more strict than the Duggars.

Those who know them best say the Kellers don’t approve of divorce under any circumstances … not even ones as troubling as these.

This means they likely wouldn’t offer any support to Anna if she left Joshua. Incredible as that sounds, they believe what they believe.

Yes, if she were to end her marriage, Anna would be left with five children to raise, and no money or support system to aid her in doing so.

It’s beyond sad. But this is her reality. 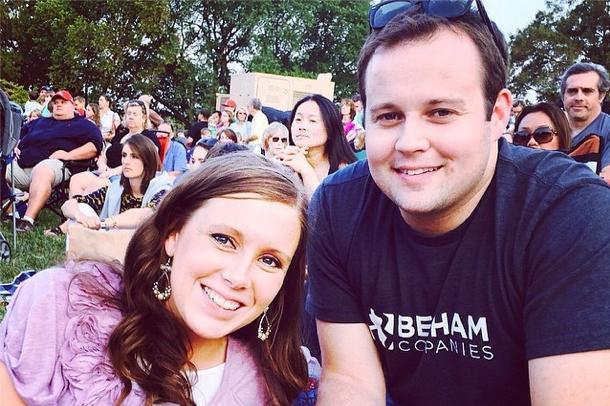 For Anna, the plight of the long-suffering wife is not likely to be alleviated anytime soon, because she has no other options.

The situation is a further reminder that the repercussions of Josh’s actions will be felt by the family for for generations to come.

In a belief system so patriarchal, and so rigid when it comes to the notions of marriage and procreation, what can she do?

Perhaps there is hope. Not much, but some.

Anna’s sister has rebelled to at least some degree, while Anna Duggar’s brother has bluntly taken Josh to task in a public way.

Still, neither of their actions can likely change the basic tenet that Josh effectively controls Anna and his family controls Josh.

It’s as jarring as it is true.

As always, you can follow the link to watch Counting On online and see much more of reality TV’s most controversial family.