Which makes us feel VERY old to be perfectly honest.

But try telling that to Tori Spelling and Jennie Garth.

Two of the drama’s original cast members, they continue to hold a grudge against a former colleague as if the series just ended yesterday.

Last Friday evening, Garth and Spelling appeared in a RuPaul’s Drag Race sketch based on the smash hit drama for their best known.

“As Ti … how do you say it?” Garth, 45, joked, at which point Spelling, 43, jumped in replied with the following comment:

The two actresses then shared a laugh, as Garth agreed:

Wow. Who knew Tiffani Thiessen was akin to Lord Voldermort in the eyes of these actresses who co-starred with her for years?

Thiessen came on board 90210 as a replacement for Shannen Doherty, after that controversial actress left her role as Brenda Walsh in 1994.

Back in 2012, Thiessen told Howard Stern that she and Garth “had a falling out and we grew apart," adding that she was the one who was "hurt."

Tiffani did not want to delve into any more details.

When it came to Spelling, however, Thiessen explained that she was very close to Tori’s her first husband, Charlie Shanian.

When the couple split in 2005, it basically ruined her friendship with her fellow cast member forever, reveals Thiessen, 43.

“It was a hard situation for everybody. We were close with Charlie [Shanian] … my best friend was Charlie’s roommate.

"It was hard,” Thiessen told Stern.

In the many, many years since Beverly Hills, 90210 went off the air, Spelling has mostly made news for pumping out numerous kids.

All the while, she’s been going through a multitude of marital problems – most of which air publicly – with second husband Dean McDermott.

Tori Spelling is broke or close to it.

But she has remained close to Garth, even starring for a season with her on a show titled Mystery Girls that apparently aired.

Thiessen, meanwhile, has enjoyed the most professional success of these three actresses before and since their 90210 heyday.

She was a known commodity before that, starring as Kelly Kapowski on the Saturday morning staple Saved By the Bell for years.

Tiffani later starred for five seasons as Elizabeth Burke on the USA Network hit White Collar, and who could ever forget her turn as Wilhelmina "Billie" Chambers on the former Fox drama Fast Lane.

Okay, fair point: most people have likely forgotten about it that … but White Collar was pretty big and SBTB iconic to ’80s babies.

We’re yet to hear from Thiessen or any of her reps in regard to any sort of response to Spelling and Garth’s latest diss. 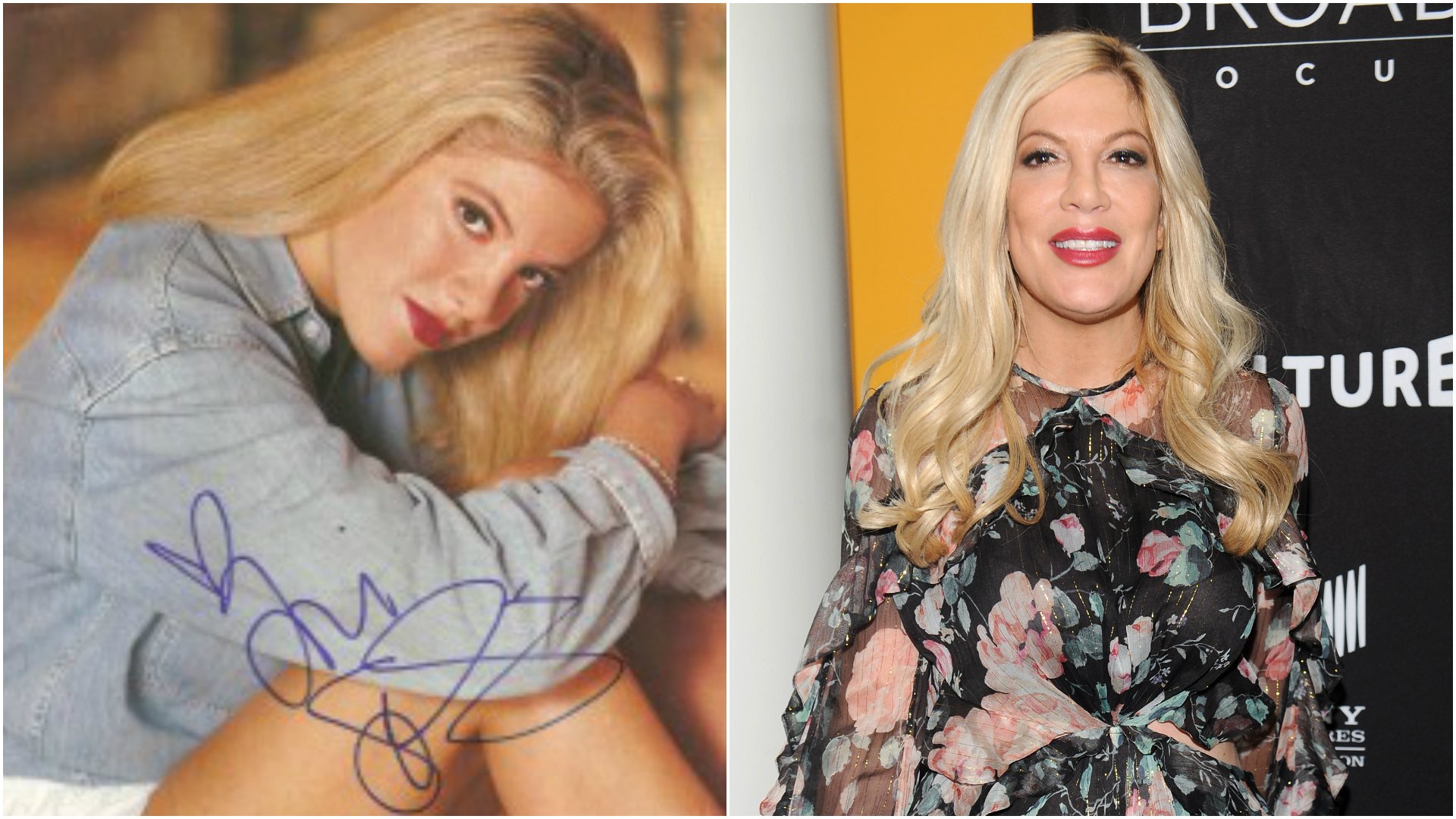 She’s likely moved far past this feud. Most people with better things going on in their lives have … did we mention it went off the air 17 years ago?!

Anyway, there’s nothing like a good TV feud, but fortunately, not every member of this TV classic hates each other with a passion today.

For a look at what other members of the beloved Beverly Hills, 90210 cast have been up to since the series came to a close, click above.

You may be surprised by some of the reveals!