It’s been a good few years for TV revivals, huh?

Netflix has brought back shows like Arrested Development and Full House, as well as the limited run of Gilmore Girls, and various television networks are reviving The X-Files, Twin Peaks, and Will & Grace.

Considering all that, it’s easy to look back at some of the best TV shows of yesteryear and think about which ones deserve another shot, you know?

And few shows could use another go-round as much as Roseanne.

It was full of great moments, great actors … all in all, it really was a wonderful show.

And that’s why, joy of all joys, a revival is in the works!

The new series will last for eight episodes, with Roseanne and Sara Gilbert, who played Roseanne’s daughter Darlene, signed on as executive producers.

Roseanne, Sara, and John Goodman are the only actors signed onto the project so far, with other stars like Laurie Metcalf and Johnny Galecki still in negotiations.

Right now there’s no official deal, but networks like ABC and Netflix are bidding on the rights to the revival.

It’s all so exciting, right? And honestly, it’s a little confusing, too.

For one, John Goodman is returning, but — spoiler alert — his character died in the series finale.

Or, well, actually he died in the season 8 finale, but in the series finale Roseanne revealed that the entire final season had been a figment of her imagination, which went into overdrive as she mourned the loss of her husband.

She also explained that several elements of the series weren’t actually true: her sister, Jackie, was a lesbian, and her daughters had really ended up with each other’s spouses.

See what we mean about it being confusing?

To add another element of confusion, in a 2009 blog post, Roseanne gave an update on where she felt the characters would be today.

In the post, she said that the Roseanne character, along with Jackie, opened up Landford, Illinois’ first medical marijuana dispensary, saving the house from foreclosure (remember, they never won the lottery).

She wrote that “David leaves Darlene for a woman half his age,” then “Darlene meets a woman and they have a test tube baby,” which doesn’t take into account that in the finale she said that David actually ended up with Becky.

(And also David would never.)

Becky “works at Walmart,” and Mark “dies in Iraq,” which is especially tragic since the actor that played Mark, Glenn Quinn, died from a heroin overdose in 2002.

DJ “gets published,” and Dan, who supposedly died of a heart attack at Darlene’s wedding?

He “shows up alive after faking his death.”

It would be bizarre if the revival followed this storyline, but Roseanne is the show’s creator, and it would explain how John Goodman is signed on to return.

But really, whatever happens, we’re definitely looking forward to a return of Roseanne.

Especially if it somehow eases the pain and confusion of that last season. 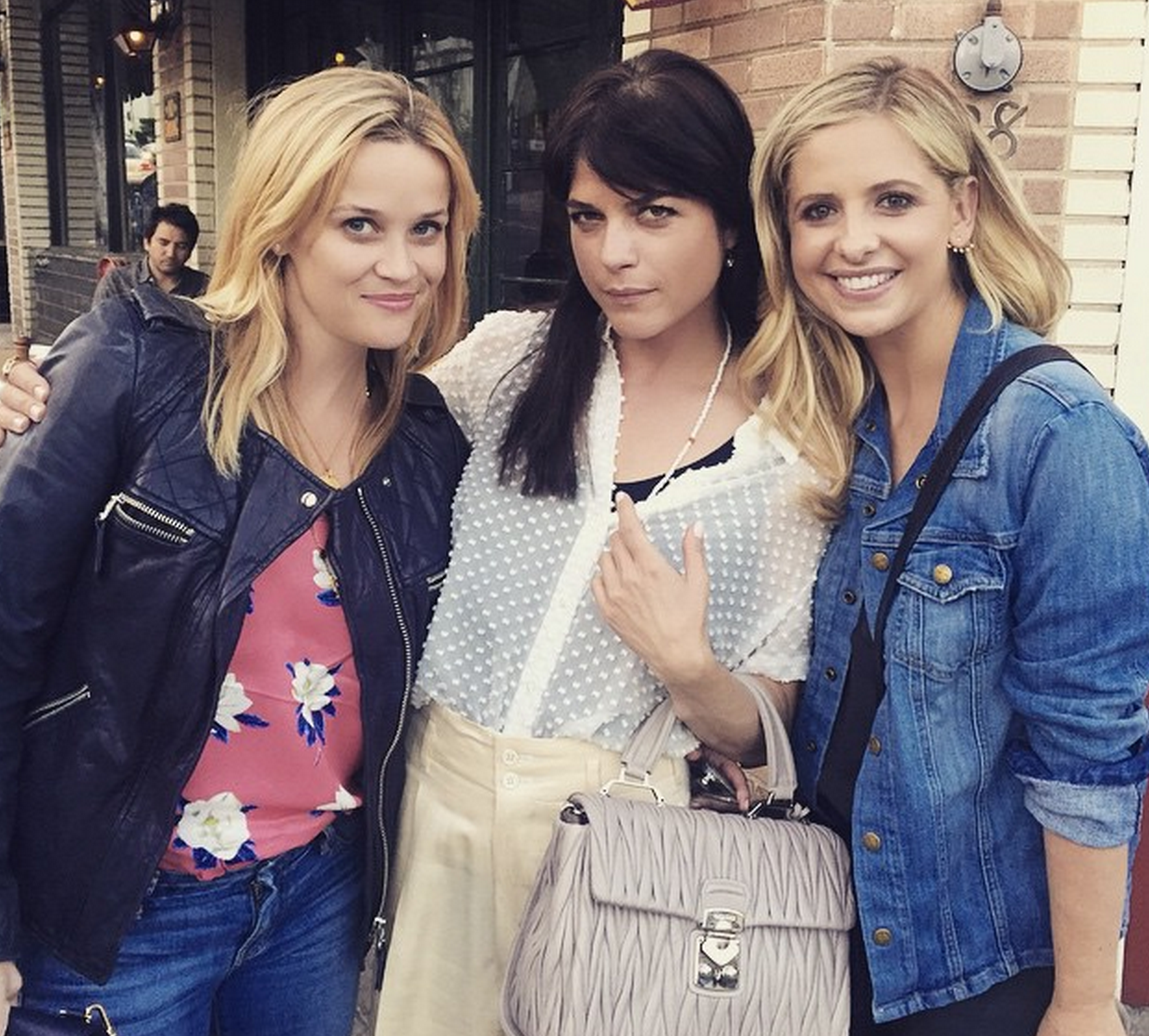