If you’re a fan of Love & Hip Hop: Atlanta, you’ve probably heard by now that Jasmine Washington alleged on the Season 6 premiere that she had given birth to Kirk Frost’s baby.

This was met with a stern response from Kirk, who denied it all to Rasheeda Buckner-Frost. If you watch Love & Hip Hop: Atlanta online, it was evident that Rasheeda knew there was more to the story.

She’s pretty much just biding her time to make sure she knows all of the facts. There’s nothing quite like engaging in a war of words when you don’t know all the facts.

Viewers have been questioning how the heck Jasmine can play into the narrative when she’s kept quiet about all of the trouble on social media.

It’s becoming increasingly apparent that she want’s audiences to be shocked by how it all plays out. Now, that’s a good thing. With reality TV stars using the power of social media, they can spoil a lot of things for viewers before the episode is broadcast.

It was recently revealed that Kirk had the baby with Jasmine. However, things took a tense turn when Kirk then cut Jasmine and the baby off.

Jasmine responded by filing a lawsuit against the apparent baby daddy because she wanted him to support their child. It seems that Kirk thinks if he denies it all, it will just go away.

That’s never a good trait to have on reality TV. Everything always comes out in the open, and it will likely result in a big blow out on screen.

Also, there’s word that Jasmine is not the only baby mama Kirk Frost has.

There’s another woman who is just 23-years-old, but it’s unclear whether she will be appearing on the show this season.

Could you imagine the drama if that did ring true?

Either way, it seems like Kirk is in for a tough time of it. 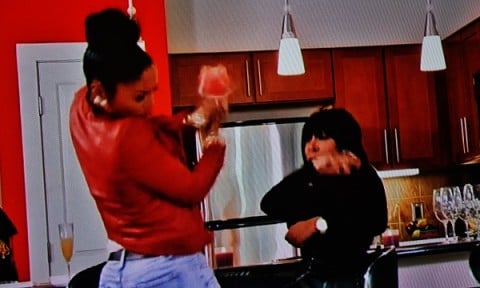