No, this isn’t an Internet prank, though you wouldn’t be out of bounds if you assumed so, given that she’s half-naked and very pregnant.

The Catfish host paid homage to his baby, and his baby-girl-to-be, as he knelt down and snuggled Laura Perlongo‘s exposed bump:

The topless Perlongo, who works in creative advertising, draped herself in just a jacket and Lizz Jardim chain criss-crossing her breasts.

“If you told me I was going to feel this great at eight months pregnant, I would’ve been like, ‘No way,’” Perlongo told People at the event.

“I’m just so happy to be the guy on the red carpet with the pregnant lady who is killing it, just looking incredible,” Schulman added proudly.

“She was already beautiful. Now she’s, like, times-10 beautiful.” 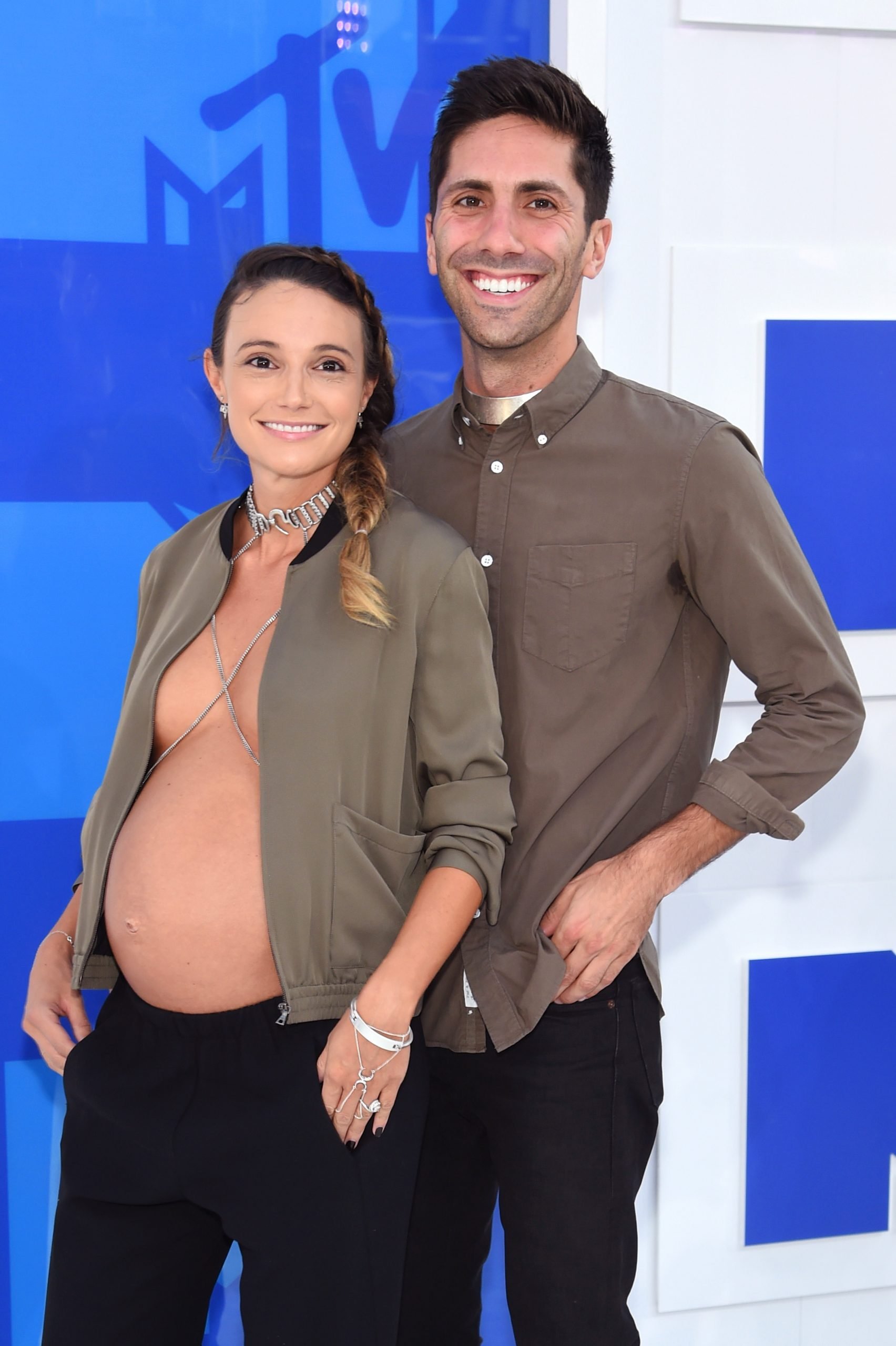 In a rambling manifesto earlier this year, Laura spared no details about how she was high when she took a (positive) pregnancy test.

"Hi. My name is Laura Perlongo and I’m pregnant accidentally on purpose," she said, following "a low-key Saturday night in February."

"I had taken a (pot) gummy with my boyfriend. Well, I guess first I had condom-less, birth control-free sex," Perlongo said.

The kind "where the white stuff got inside the vaginal pocket. But a couple weeks later I ate marijuana in the form of candy.”

Perlongo says it was in that pivotal, marijuana-loving moment she took a pregnancy test, which lo and behold showed two lines.

"That’s more than one line. And I’m 30. I have 15 years of urine-on-stick experience … no digging out instructions or googling necessary."

"We had talked about wanting kids and pulled the goalie maybe half-a-time-once but weren’t necessarily expecting this news, THE NEWS."

"I knew right away I wanted this baby. I was strong. I was smart. I was full of love. I COULD DO THIS! I was confident I’d be great."

"Nev was confident he would be great. HE COULD DO THIS! Sure we’d only been dating long-distance 7 months (with a break in August)."

"But we were optimistic and in love. It felt as good a time as ever. (And who knows if/when there would ever be a ‘better’ time.) We were excited."

"I’m writing this because I believe baby-making times are strange for the growing population of girls like me,” she explains.

"To make a long letter short, Nev and I certainly have no idea what we’re doing, we just know we’re doing something we want to be doing."

"Hopefully we don’t suck at it or turn into know-it-all zombies. Mainly we’re just really happy and excited," Perlongo concluded.

No one would ever confuse the host of Catfish and his stoned future wife of being zombies after last night’s public exhibition.

We wish her the best with the third trimester… and can only imagine what maternity outfits she’ll be wearing on the next red carpet.

Seriously, it’s somewhat of a remarkable miracle of fashion and gravity that she didn’t spill out of that jacket on live television.