Jennifer Lawrence covers the latest issue of Harper’s Bazaar, opening up to the magazine about a number of very personal topics.

Except her love life. Because the Oscar winner says that would be impossible.

Because she has no love life at the moment.

"Anything I say about boys gets picked up," she tells the magazine, adding that she doesn’t have a type. "I don’t think so because patterns are the work of the devil.

"If I think about all of my ex-boyfriends, they are all so uncomparable."

The two most famous men on Lawrence’s dating resume are Nicholas Hoult, who she dated for a couple years; and Chris Martin, who she surprisingly got it on with soon after he split from Gwyneth Paltrow.

But both are in the distant rearview mirror. As are practically all men, she joked in this cover story.

"Sex? Someone explain to me what it is," she quipped.

Perhaps Lawrence is single these days because she labels herself a "social disappointment" and then gives some examples why.

"It’s hard to get me out, and when I do go out I don’t really stay out late. If I do stay out late and I’m partying hard, I will throw up. I don’t have the tolerance to black out; I just start puking." 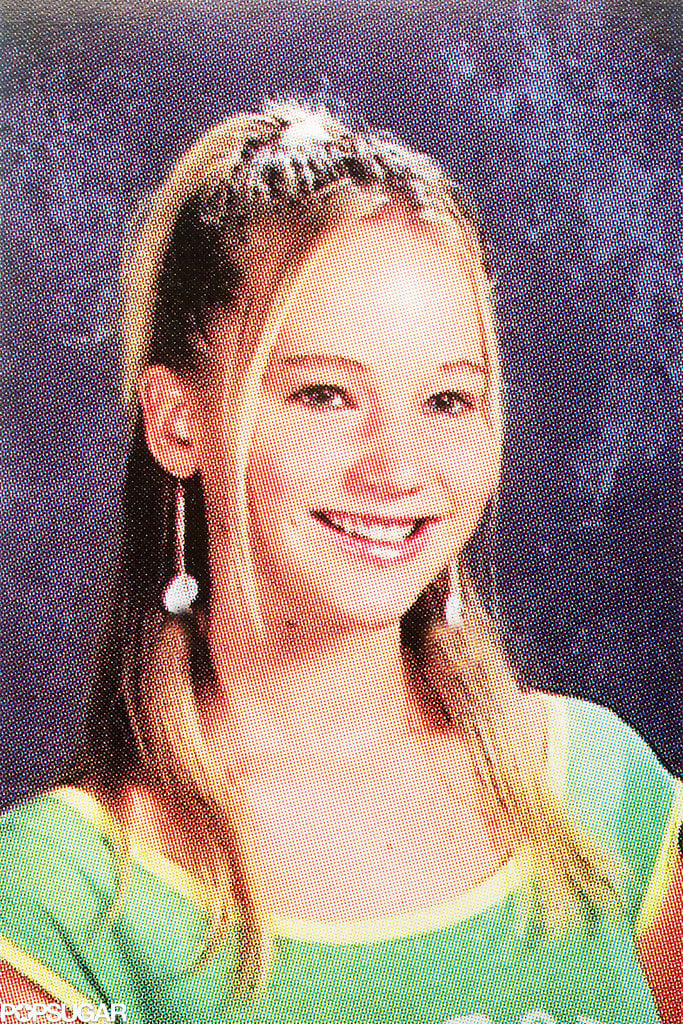 Jennifer Lawrence: Before She Became The Girl on Fire

Lawrence even told a story about how Emma Stone once held her hair back during a vomiting incident that took place the night of an Adele concert in Los Angeles.

The very generous actress did get serious for a moment, however.

She says she wants to help the public accept a different kind of body type; she wants everyone to realize that skinny does not equate to perfect.

"I would like us to make a new normal-body type," Lawrence explains.

"Everybody says, ‘We love that there is somebody with a normal body!’ And I’m like, ‘I don’t feel like I have a normal body.’ I do Pilates every day. I eat, but I work out a lot more than a normal person.

"I think we’ve gotten so used to underweight that when you are a normal weight it’s like, ‘Oh, my God, she’s curvy.’ Which is crazy. The bare minimum, just for me, would be to up the ante. At least so I don’t feel like the fattest one."

On tap professionally, Lawrence will reprise her role as Mystique in Bryan Singer’s X-Men: Apocalypse, starring opposite Michael Fassbender and James McAvoy.

The movie hits theaters on May 27.