Iskra Lawrence for all the wins, people.

The model – who serves as face of the #AerieREAL movement, which is a campaign that aims to promote body positivity – shot down some fat-shaming trolls on Instagram earlier this month.

In the tastiest way possible.

First, the beauty shared a social media photo (above) in which she’s simply lying on her back, surrounded by bags of potato chips and other snacks.

“I’m sorry I couldn’t help myself…This is for anyone who has ever been called FAT,” she wrote as a caption to the awesome photo, adding the Twitter handle of some moron who recently called her out as a “cow.”

The model has turned negative comments such as these into a powerful message for her fans.

She told them she’s totally down with eating some junk food every now and then… as everyone ought to be.

“I eat whatever I want in moderation,” Lawrence explained.

“I will eat crisps but I’ll also make healthy home cooked meals and workout regularly. The message is who gives a F what anyone else thinks of you. YOU are the only one who decides yourself worth.”

To emphasize this point, she also shared the following video:

“I’m usually not rude or give anyone the finger but these online trolls smdh,” she wrote the amazing piece of footage included here.

She concluded her Instagram messages with the hashtag “#everyBODYisbeautiful” and, really, what else is there to say? 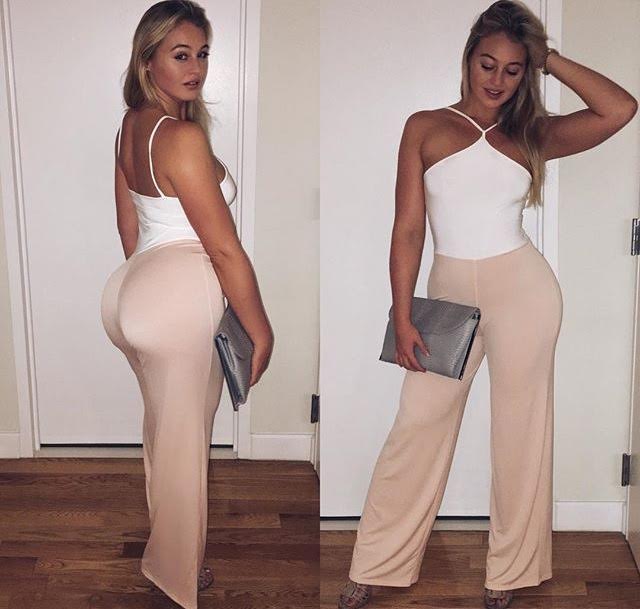 Iskra Lawrence: Meet the Instagram Model With the Kardashian-Sized Booty