Note to Hailey Baldwin: you probably shouldn’t complain – in any way, shape or form – about dating someone who’s the object of desire of approximately 79 million women around the world.

Consider that a free piece of advice.

The model, however, is featured on the latest cover of Marie Claire, opening up (at least somewhat) about her romance with Justin Bieber.

Baldwin, of course, has been close to the singer for several years now.

And she nearly crashed the Internet when she was spotted kissing Bieber over the New Year’s holiday a few months ago.

Without referencing the famous artist by name, Baldwin did go into detail regarding all the "attention" she has received since the public saw her swap spit with Justin.

"Texts started coming through, crazy phone calls…it’s hard to date somebody in this industry," said the 19-year old.

"You have to have really thick skin and be very strong. You have to focus on the person and nothing else." 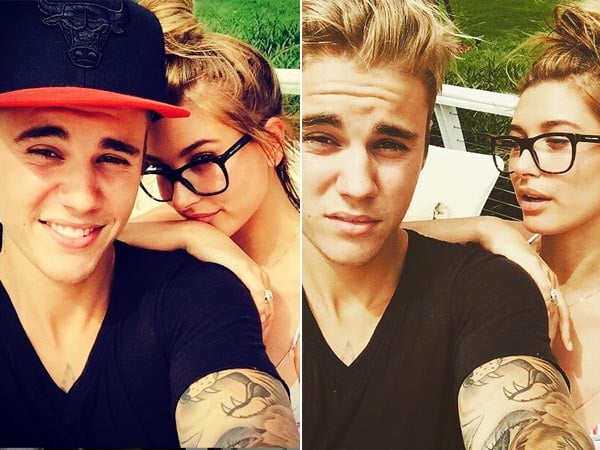 So… does that mean she is focusing on Bieber and nothing else? Are the two a real romantic item?

"We are not an exclusive couple. He’s about to go on tour," Hailey previous told E! News. "Relationships at this age are already complicated, but I don’t really like to talk about it because it’s between me and him."

At some point, of course, Bieber will be done touring.

And then questions about him and Baldwin will start up again.

"Bieber and Hailey are still close friends, but he is on tour and extremely busy now, so they have not seen each other that much," another source says, adding:

"Bieber and Hailey love each other but have a good understanding where they both stand at the moment."