Oh noes! Is it trouble in Bachelor paradise for Ben Higgins and Lauren Bushnell already?

It’s been a mere two weeks since the much-anticipated finale of The Bachelor aired, revealing that L. Bush had prevailed as the winner of Ben’s final rose – oh, but just barely.

You see, poor Ben had also fallen in love with another lady, JoJo Fletcher, and we all watched him agonize over saying goodbye to her simply because Bachelor rules decreed that he was only allowed to pick one person to spend the rest of his life with.

Unshockingly, watching her fiance cry over JoJo isn’t sitting well with Lauren, and it’s causing "extreme tension" in her relationship with Ben, according to Life & Style.

“Lauren tries not to think about it,” a source told the magazine. “But she’s traumatized that Ben told another girl he loved her.”

“Everyone around them can feel the awkwardness,” the source added. “It’s unclear if they will last. Things between them are getting worse.”

OR, the producers at ABC totally thought it through, and boy-oh-boy, what a whopper of a storyline it made!

A gander at Ben and Lauren’s Instagram accounts suggests that the two are still totes in love. They recently spent Easter with Ben’s family in Denver and have plenty of kissy photos to prove it.

Of course, it could all just be for show.

The entire Bachelor Nation knows that the couples must stay together for at least two years in order to keep the big-ticket Neil Lane engagement ring.

Perhaps it’s worth feigning a little happiness for a while just to cash in on that prize a couple years down the road. 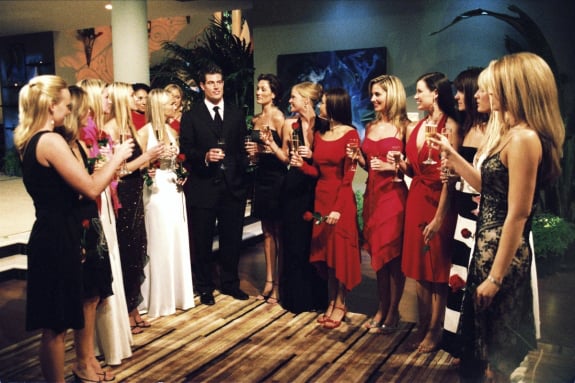