They say self-love is important, but this may be taking it too far.

Kylie Jenner must love the sight of her own face a LOT, because she’s commissioned an artist to paint a larger-than-life mural of it on her wall.

The reality star shared the photo above to Instagram, obviously proud of her taste in decor.

"@jwoodzart almost done! u guys have to check him out for tats if you’re in the LA area," she wrote in the caption.

In January, Kylie teased the painting on Snapchat, sharing a photo of its beginnings.

As you can see, it’s come a long way, and she’s chosen green tresses (a style she rocked last September) to complete the look.

Evidently her friends were too scared to tell her that honoring oneself by plastering your humongous mug on the wall is a little much, not to mention tacky.

"Yeah, Kylizzle, that idea sounds reeeally, um, fetch," we can hear them saying through a forced smile as she shoots them a death stare.

We imagine she’ll have guests bow down to it as they enter her abode.

Unfortunately, this is hardly the first instance we’ve heard of Kylie’s diva-like behavior.

Earlier this week, we reported that she disappointed nearly 3,000 fans in Orlando, Florida during an appearing at the grand opening of the Sugar Factory.

Sources say she was an hour late, hardly acknowledged her fans and then left after just five minutes.

We understand that most 18-year-olds think they’re the center of the universe. But an 18-year-old with Kylie’s money and fame for doing nothing at all? Folks, I believe we’ve created a monster. 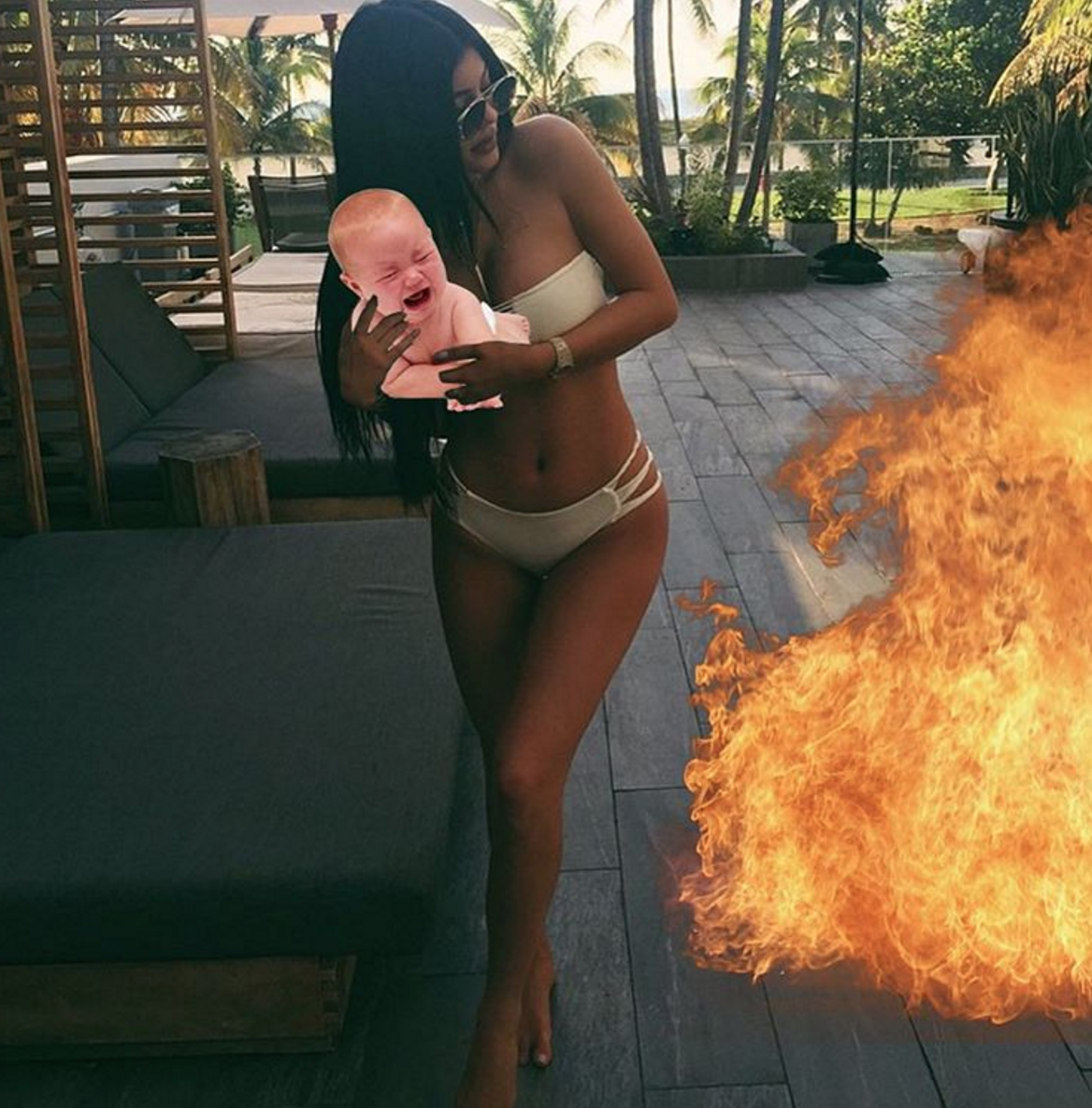