Chris Rock has mostly received positive reviews for his performance as host of the 2016 Academy Awards.

Those in the black community especially feel as if Rock struck the right kind of tone in dealing with the issue of race after no African-American actors or actresses were nominated this year.

But that doesn’t mean all minorities were pleased with Rock’s antics.

At one point in the broadcast, Rock introduced three Asian children as PricewaterhouseCoopers accountants.

“They sent us their most dedicated, accurate and hard-working representatives," he said. "I want you to please welcome Ming Zhu, Bao Ling and David Moskowitz.”

Aware there could be some backlash to this quip, he added:

"If anybody’s upset about that joke, just tweet about it on your phone that was probably also made by these kids."

And that’s exactly what above average basketball player Jeremy Lin did.

"Seriously though, when is this going to change?!? Tired of it being "cool" and "ok" to bash Asians smh #Oscars," the Charlotte Hornets point guard wrote on Sunday night.

He then explained himself as follows to reporters the next day:

“I thought it was a chance for me to stand up for Asians.

"I just feel like sometimes the way people perceive Asians or Asian Americans today can be disappointing in the way they view them.

"Even Asian American masculinity or whatever you want to talk about, just a lot of the ways that Asians are perceived I don’t always agree with." 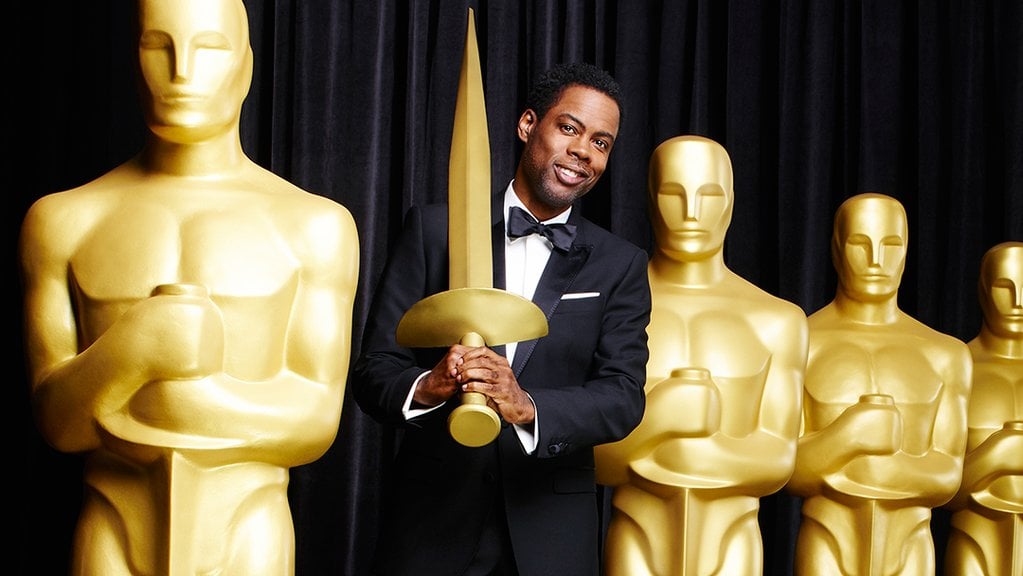 She referred to the segment as "tasteless."

And this is what Asian-American dating blogger Rainer Maningdin wrote on Facebook in response to the gag:

"Three little Asian kids went up on stage in front of thousands of Hollywood millionaires and were laughed at — not with — because of their race."

What do you think of Rock bringing these kids up on stage?

Are people being too sensitive? O was the comedian being too insensitive?

Oscars 2016: The Most Memorable Moments