In case you somehow haven’t heard, Kanye West’s Yeezy Season 3 fashion show/alum unveiling/ego celebration went down at Madison Square Garden last night, and by all accounts, it was quite the affair.

And not just because of Kanye calling Taylor Swift a "b-tch" or announcing his plans to develop a video game based on his mother’s ascent to heaven (seriously).

No, the evening was also noteworthy because of fashion statements like the one pictured above.

Most people don’t bust out their warmest wool breaking-and-entering cap or take a broken beer bottle to their skirt when they’re attending an exclusive fashion event, but most people aren’t Kylie Jenner.

Of course, Kylie in see-through clothing is nothing new. We’re actually surprised that she and the rest of the Kard clan kept it this low-key, considering they were almost as big a part of the spectacle as Kanye.

What’s really interesting about this photo isn’t the fact that Kylie and Kourtney could hang from the rafters and serve as chandeliers, but rather the way Kylie seems to be eyeing her older sister’s boobs.

We’d say this is one of those moments where someone snapped a photo while Kylie wasn’t paying attention, but clearly she’s cool with her pose, as she’s the one who posted the pic.

Someday, future generations might be able to make sense of everything that went down at Yeezy Season 3. Today, we’re totally at a loss. 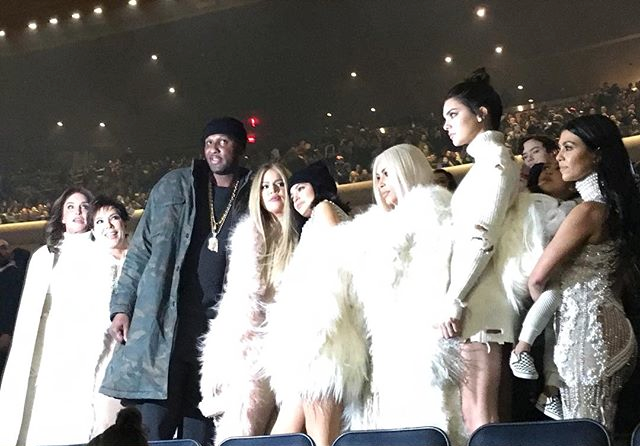