Bindi Irwin isn’t just showing off plenty of fancy steps on Dancing with the Stars … she’s stepping out with boyfriend Chandler Powell!

The frontrunner slipped a bit last night, although she still coasted through as Monday’s Dancing with the Stars results were unveiled.

She was all smiles on stage, and on the red carpet in her first public appearance with her longtime BF (he looked happy as well).

Powell, an 18-year-old wakeboarder raised in Florida, first met the Australian teen back in 2013, bonding over wildlife conservation.

The pair have had to briefly maintain a long-distance relationship as Irwin continues to train alongside DWTS partner Derek Hough.

How that they’re reunited, "It’s awesome being here," Powell said Monday. "Bindi is crushing it and I loved seeing the whole show!"

"I loved seeing everyone dance. I expected her to do really well but she is exceeding my expectations! I am really proud of her."

Irwin, 17, said that having Powell on hand to tend to her dance injuries, which have plagued – but not sidelined – her on Season 21.

With Kim Zolciak blindsided by her DWTS elimination last night, Bindi would have been safe regardless, but she battled through.

"The tendons are all stretched and inflamed… but by next week they should be all good," the late Steve Irwin’s daughter said.

"He’s so cute! Every night I come home and he’s like, ‘Here’s what we’re going to do: you’re going to sit down here, put this ice on it…’"

"And then I’ll make you a hot cup of tea and I’ll hug you, so the rest of you will be warm, just not your foot!’ "He’s really sweet." 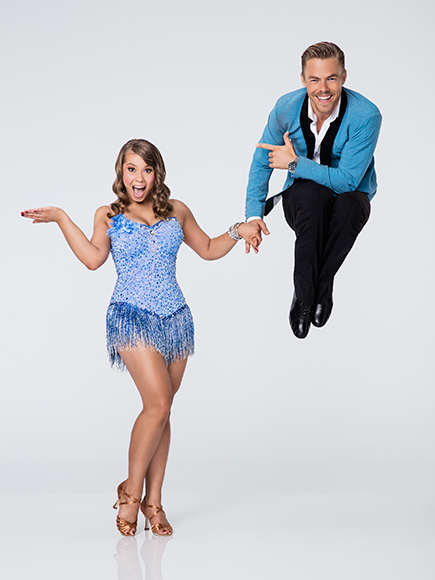