Full House has been in the news a lot lately, and it’s not only because Netflix is producing a sequel series to the aggressively crappy ABC sitcom.

In addition to pics from the Fuller House set, there’s also been some serious drama revolving around the show’s cast in recent weeks.

And we’re not talking about the kind of drama that plays out over sad piano music while Bob Saget explains that your departed goldfish will never come back from the dead.

No, this is much more serious stuff like John Stamos’ DUI arrest, and rumors of intense feuds amongst former co-stars.

Specifically, it’s been reported that the Olsen twins want nothing to do with their one-time TV family.

While producers claim negotiations are ongoing, it looks as though the Olsens will not appear on Fuller House, and now we may have a clue as to the origin of their beef.

The awful-looking Full House Lifetime TV movie has dragged some skeletons out of the closet, and now it’s lead to an unexpected confession.

The movie claims that John Stamos tried to get the Olsen twins fired before the show ever even aired, and to the surprise of many, Stamos now admits that the allegation is true.

“It was very difficult to get the shot. So I [said], ‘Get them out!’ That is actually 100 percent accurate. They brought in a couple of unattractive redheaded kids. We tried that for a while and that didn’t work. [Producers] were like, all right, get the Olsen twins back. And that’s the story.”

Whoa. Dissing the Olsen twins and gingers all in one anecdote? Have mercy, Uncle Jesse! 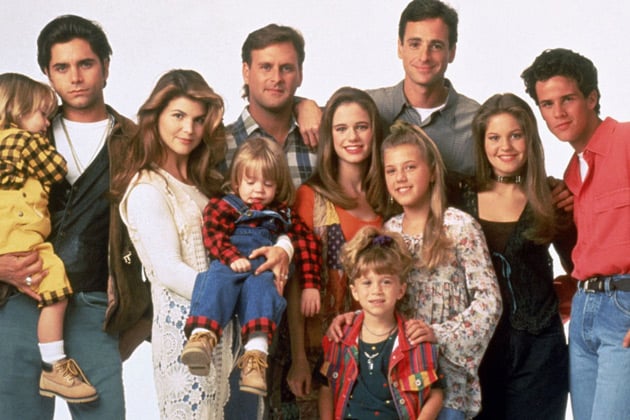