In September 2013, Lea-Ann Ellison came under fire as Crossfit Mom, a woman who posted photos online of herself pumping some major iron… while eight months pregnant.

She then gave birth to a healthy boy a few weeks later.

So the Internet has learned that all pregnancies and all bodies are different, right? And not to judge others for actions that it fails to understand, right?

A nutritionist and personal trainer highlighted on FishWrapper, Guidolin has faced a torrent of criticism for the above Instagram photo.

It features Sophie, six months pregnant with twins, doing what appears to be a dead lift.

To her patient credit, Guidolin acknowledged the critics out there and explained why she isn’t actually harming her children via this athletic action:

A lot of people express concern over women exercising in pregnancy and I 110% understand why. There are so many myths, old wives tales & opinions out there it is hard to understand what is the truth and what is made up.

In my opinion, listen to no one except your qualified & trusted medical staff. This week is my 26Th week of pregnancy with twins. Each pregnancy is different & exercises that I or anyone else may be doing may not be safe for your body to perform.

I have studied my pre/post natal certificate for fitness and still believe it comes down to each individuals fitness, pregnancy and circumstances.

Somewhere, Sarah Stage is nodding along with Guidolin.

What do you think of Sophie’s decision to lift while in her second trimester?

Does she deserve to face criticism? Or should everyone mind their own darn business? 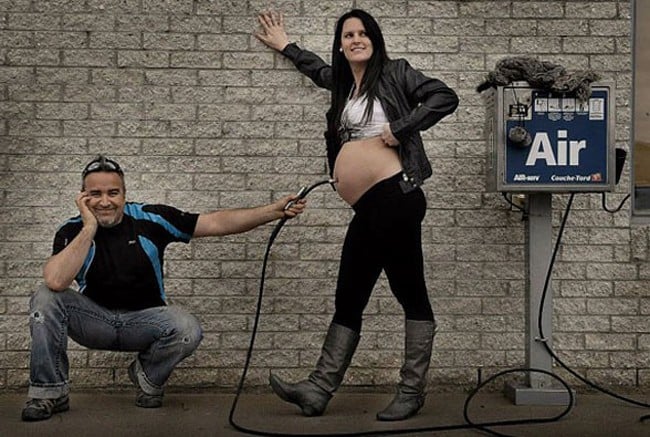