It’s only been six weeks since Kate Middleton gave birth to Princess Charlotte, but the Duchess was already out and about and looking trim as ever for the paparazzi this weekend.

Kate attended a polo match with Prince George and joined the rest of the family on a balcony at Buckingham Palace for Saturday’s Trooping the Colour parade.

The return to royal duty came a bit sooner than expected, as several sources indicated that Kate would take an "extended" maternity leave after giving birth to her second child.

Insiders say Kate feels she returned to the spotlight too soon after Prince George entered the world, and she’s always regretted not spending more time at home to enjoy the first months of his life.

Even though Kate seems to be getting back to work gradually, there are rumors that the decision to get gussied up for her adoring public this weekend was not hers to make.

Several sources have claimed Queen Elizabeth II "forced" Kate to return to public life, just as she supposedly did after the difficult early months of Kate’s pregnancy.

Rumors of Kate clashing with the Queen are nothing new, and royal watchers claim Kate has simply started going along with the 89-year-old’s wishes, so as to avoid an ugly spat with an elderly monarch.

So Kate might have lost the battle of wills and given up on her desire to stay home for the summer, but it’s not all bad news:

Insiders say Will and Kate have finally found a suitable housekeeper/nanny to help with the kids at Anmer Hall. 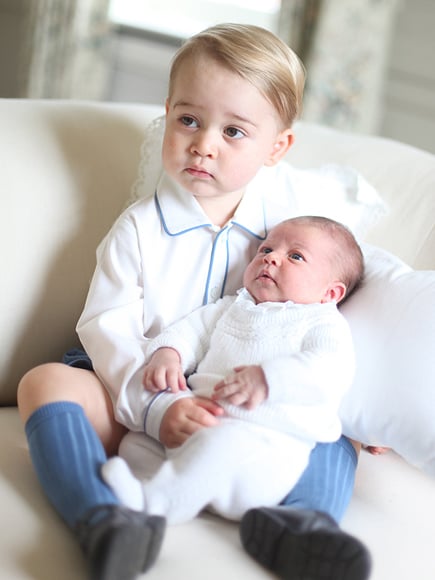