And this one has a special connection to the artist.

Not long after revealing to Twitter followers that Ellen Pompeo will play a role in her upcoming "Bad Blood" video, Swift unveiled a poster of Mariska Hargitay playing the character of Justice.

Why is this notable?

Because Swift is such a huge fan of the Law & Order: SVU veteran that she named one of her cats after Hargitay’s iconic detective, Olivia Benson.

The name of Swift’s other feline? Meredith Grey, of course, after Pompeo’s beloved surgeon on Grey’s Anatomy.

Pompeo and Hargitay are friendly themselves, having posed for a picture at the Super Bowl and then sent it to Swift as a joke… that totally made Swift’s life.

Taylor will debut her "Bad Blood" video at this Sunday’s Billboard Music Awards.

As you can see here, the movie-like video will feature quite a number of big Hollywood names, from Lena Dunham to Jessia Alba to Gigi Hadid and others: 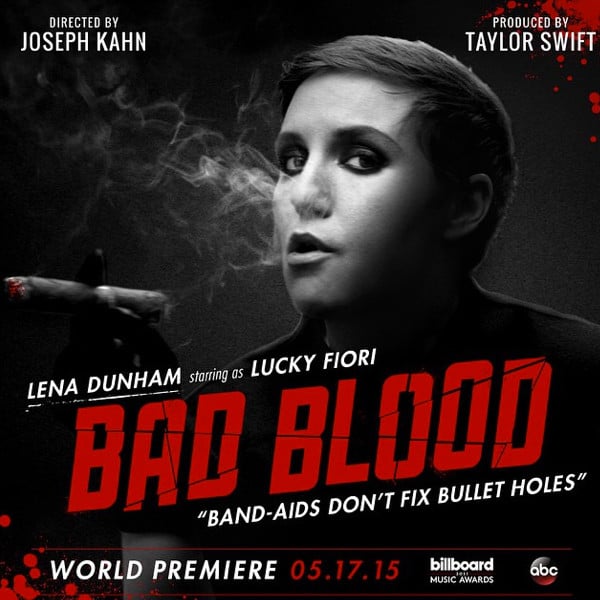