Sometimes we require lengthy explanations here at The Hollywood Gossip.

We had to pen a moderately long opening, for example, to explain what a Kendall and Kylie Jenner spinoff might entail.

Other times, however, just a few simple words will suffice. To wit:

The following video features a four-week old Beagle riding around on a Roomba. There you go. Now hurry up and check out this mesmerizing piece of footage now: 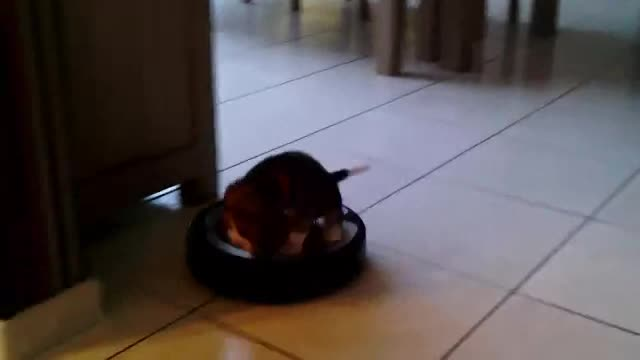 The Beagle featured here is not the first animal to take a spin on this home cleaning apparatus, of course.

The trend got started awhile back when a cat wore a shark costume while going for a ride around his kitchen.

We’ve documented a number of other felines and canines who have turned Roomba-riding into an Internet sensation and we encourage readers to click through these above examples right now.

You won’t regret it.