Someone out there named Marco just got straight up owned by a complete stranger via text message, and while we’d feel sorry for him, the victim sort of had it coming.

How, you ask? Allow us to explain …

A girl started texting random numbers and telling people she is knocked up with their future baby, just to see what kind of shenanigans would ensue.

Obviously, if the nefarious texter were to reach a woman, or a virgin, someone in a purely monogamous relationship and so forth, this prank would be DOA.

Marco, though? Hook, line and sinker.

Not only did he buy it, he revealed that he cheated on his girlfriend with someone named Sarah, and that he thought she was on the pill, and that he cried.

In a restaurant. In front of his girlfriend.

You gotta read this for yourself: 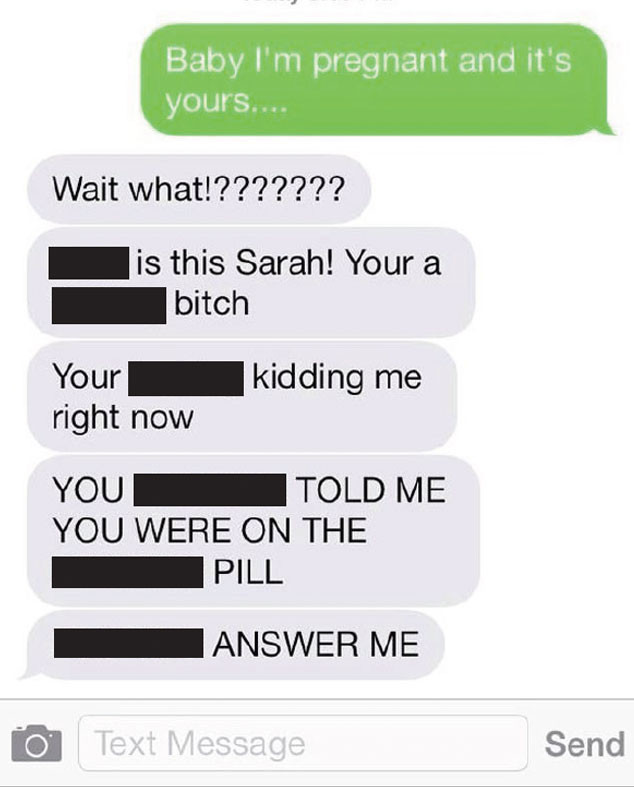