Jimmy Kimmel often makes us laugh when he turns the camera on everyday pedestrians in Los Angeles, convincing them, for example, that Godzilla is real.

But that’s nothing compared to the talk show’s running segment whose title says it all: Celebrities Read Mean Tweets About Themselves.

In this edition (the seventh overall), Julia Roberts cracks up over an insult regarding her mouth… Ashton Kutcher isn’t amused by a suggestion that he should be hit by a bus… and Matthew McConaughey doesn’t understand why anyone would refer to him as a "dick turd."

Others feeling the wrath of Twitter users in the following video include Mindy Kaling, Emma Stone and Sofía Vergara.

We can’t get enough of this simple sketch.

View all past editions of Celebrities Read Mean Tweets here: 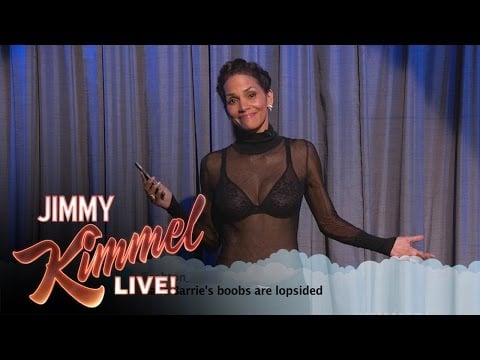 Stars Read Mean Tweets About Themselves: Watch Them All!