Well, no part of this story is okay.

Multiple reports say that something heated and nasty went down att he filming of the Love & Hip Hop: Atlanta reunion. Stevie J is accused of assaulting Erica Mena, among other things.

Is Stevie J about to get fired?

It sounds like Stevie J being a deadbeat dad isn’t the worst thing about him.

(Actually that’s not exactly a surprise; as the youths would say: we been knew)

Their report said that things "got extremely intense," which echoes sentiments from multiple other sources about the reunion.

Hey, if you’re a reality star, you feud with your fellow reality stars. You don’t throw anti-gay slurs at an 11-year-old.

At least one report says that Erica responded by slapping Stevie J.

(We would never want to encourage violence, but we will say that her outrage is understandable)

This is reportedly when things went from bad to worse.

According to reports, Stevie J responded with a violent assault.

Atlanta Black Star reports that "security had to pull the 46-year-old off [Erica]."

Stevie J "was then asked to leave the building."

Reports say that he is currently "banned from attending any" events for the series while producers conduct an investigation.

He "is reportedly on the brink of getting fired."

In a now-deleted video that we have included with this post, Erica Mena seemed to allude to these events.

"Stevie J’s a B–CH and he likes to fight girls."

Throughout the video, she seems to be seething with anger, barely contained behind a facade.

One can absolutely understand her anger if all of the reports that we have heard are true.

She would be furious after his alleged physical assault.

She would also be fuming that he said such vile things, particularly about her young son.

If Erica did strike him, that would have given Stevie J grounds to complain or press charges — but not to attack her.

Sadly, this is not even the first time that Stevie J has expressed anti-gay sentiments against a fellow cast member.

Back in Season 5, he objected to Mimi Faust dating a woman.

He said at the time that he didn’t want his daughter being "raised in a lesbian household."

(Mimi Faust explained that she’s not a lesbian, but honestly, that doesn’t begin to cover Stevie J’s statement)

It seemed at the time that he walked back those sentiments.

If he’s hurling anti-gay slurs around at children when he gets angry, however, it sounds like the underlying bigotry still lingers.

Along with some alleged and worrisome violent impulses.

Stevie J has gotten away with bad behavior before.

But sometimes, there’s a final straw. An alleged physical attack upon a costar following a vitriolic tirade sounds like it might qualify.

Besides, recently, the culture is becoming less permissive when it comes to inexcusable behavior by celebrities that directly harms others.

Stevie J may have just cost himself his reality career.

But we’ll see what the investigation concludes. Right now, we only have reports to go on. 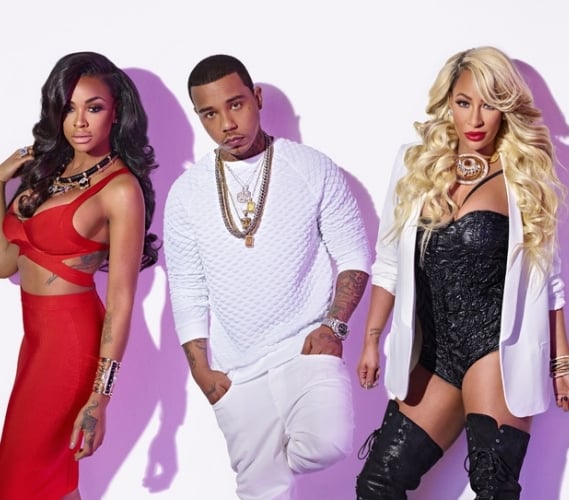