And it was NOT for Most Awkward On-Screen Duo in the History of Television.

Instead, despite the crazy turmoil and tension that currently engulfing this morning program, Ripa and Strahan won Outstanding Talk Show Entertainment Co-Hosts at the 2016 Daytime Emmy Awards.

How ironic is that?!?

The controversial duo didn’t actually attend the ceremony, but don’t read too much into that fact:

They won the same distinction in 2015 and didn’t attend then, either.

On Monday’s broadcast, just hours after the victory, Ripa and Strahan walked out holding hands and trophies.

The two then thanked each other and the crowd before Ripa revealed she didn’t know they had won until people texted congratulations after the fact.

Those in this category submit specific episodes for consideration and it was the Halloween show that led to the win, sources confirm, prompting Ripa to thank the producer behind it.

“It’s about a team, and that’s what we have here,” Strahan said.

That’s interesting of him to say, of course, considering the ex-football player is leaving Live for GMA in just a couple weeks.

A new report also claims that Strahan has been very difficult to work with for awhile now and that Ripa was especially upset of his move to GMA because she predicted it awhile back.

When Strahan first stared doing segment for that program, Ripa told producers of Live that it would be a problem because his focus was elsewhere. 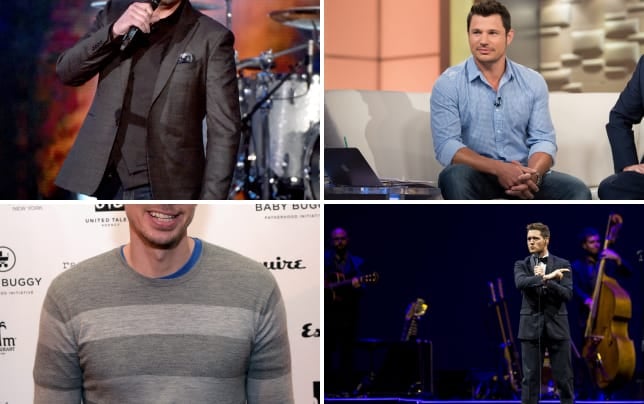 Fast forward to last month and to Strahan’s announcement and to Ripa’s subsequent anger over a development she saw coming a long time ago.

As viewers wonder who will replace Strahan, however, Kelly and Michael didn’t look to the future on today’s telecast

They talked about the past in relation to their big Emmys victory.

Watch their exchange and judge how awkward it was for yourself below: