After some vile and racist comments resurfaced, fans have been calling on Bravo to fire Kelly Dodd. Kelly says that it will never happen.

In fact, she is now trying to shield herself from blame by pointing out that she’s also a woman of color … so therefore, somehow not racist?

Over the weekend, The Real Housewives of Orange County villain Kelly Dodd announced her vow to stop arguing on social media.

That is more easily said than done, as many people have realized.

One follower in particular had a very pressing question for Kelly.

"But," the commenter asked, "like, do you truly believe that because ‘You’re Mexican you can’t be racist’?"

"I’m a woman of color," she reminded the commenter and her other followers.

Kelly’s reply then concluded: "and [I] love everyone!"

Her previous comments on the subject have given fans a very different impression.

In a resurfaced video from 2016, Kelly Dodd can be heard making some appalling comments to TMZ.

Speaking to the camera, she claimed that she didn’t “like” or “know any Black guys."

That was shocking and worthy of condemnation then.

Now, at a time of reckoning for racist institutions and individuals, many feel that it’s cause for Kelly to be fired.

"I am truly embarrassed," Kelly expressed at the time when she was feeling a lot less alcohol and a lot more backlash.

"There is no excuse for bad behavior or comments that offend anyone,” she affirmed at the time.

Kelly insisted: “That video does not represent who I really am and I apologize for acting irresponsibly."

This year, however, fans are asking if that is true.

Kelly’s former castmate, Tamra Judge, has spoken out about the resurfaced video.

"Yes I do, that TMZ video is disgusting!” she declared.

"There should be zero tolerance at this point," she opined.

Kelly was quick to dismiss Tamra’s condemnation as nothing but sour grapes.

"She’s just thirsty and mad she got the bullet," Kelly commented, referring to Tamra’s departure from the show.

She insisted that Tamra was merely "grasping for straws."

Kelly’s controversial comments did not end there.

Those dreadful comments about millions of Americans who are opposing racism and escalating police violence were sadly not surprising.

Not after months of Kelly’s abysmal comments about the COVID-19 pandemic.

This spring, Kelly for some reason decided to declare that the pandemic was merely "God’s way of thinning the herd.”

The pandemic has claimed more than 122,000 American lives so far, and the pandemic is far from over.

Later, while socializing in person with friends in New York, Kelly mocked the COVID-19 death toll.

She made brazenly false claims about the pandemic, inaccurate comparisons to the flu, horrifying her own fans.

A month later, she posted a video in which she lied about COVID-19 deaths in Orange County.

“No one is wearing masks here in Orange County," she delcared with apparent glee while in a restaurant.

"Yup," she announced, "because no one is dying here of the virus."

Despite Orange County’s affluence allowing so many to social distance without issue, the county had lost over 100 citizens.

"Heard you were fired from HW," a fan recently commented.

“From whom?" Kelly inquired, insisting: "I’m not!"

In fact, Kelly has repeatedly challenged haters to keep coming for her.

She says that the backlash only gives her publicity, strengthening her career. Only time will tell if she was right.

Yes, Kelly Dodd is a woman of color — a term that describes anyone woman who is not white (while not framing her in terms of non-whiteness).

She is Mexican. She is latine. That does not mean that she cannot be racist.

Anti-black racism is particularly pernicious, and while white people were the architects of the system of oppression, others are sadly able to participate.

We all need to examine our beliefs, our words, and our actions in order to not merely be "not racist," but actively anti-racist. 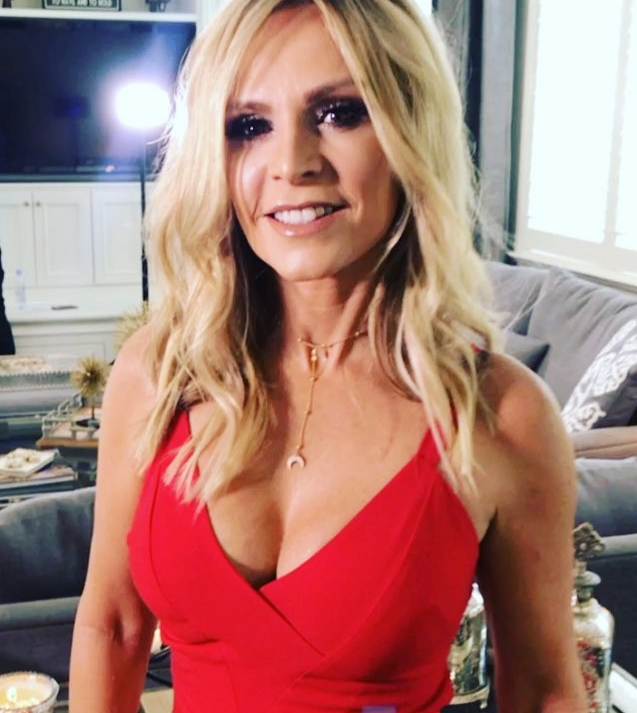