90 Day Fiance fans know that Paola Mayfield is quick to clap back at haters. Unfortunately, not all of the couple’s troubles are external.

On this week’s episode of Self-Quarantined, viewers saw how being stuck in one place has hurt the Mayfields.

"This quarantine started off nice," Russ told the cameras.

He explained that it was initially pleasant "to the point we all get to spend time with each other and it’s bringing the family closer."

"But then over time, it’s starting to wear and tear on us," Russ lamented.

Some of those problems are all about household management.

Pao and Russ revealed that they have been clashing when it comes to household division of labor and how best to divide it.

Another issue is that Russ is still traveling for work (yikes!), and Paola feels like he’s home even less than he was before.

She also resents his implications that she is not doing her share of work around the house.

In the episode, Pao accused Russ: “You’re making it sound like you do everything in the house."

She has her personal trainer certificate along with a nutritional coach certificate.

“I’m enjoying it, and it’s doing really good,” she told the cameras. “I’m really grateful I have a job to provide and help the family."

Another major issue is that Russ did not get a chance to say goodbye in person to his grandmother when she passed away.

She did not die from COVID-19, but the pandemic meant that Russ and other family could not be by her side in the hospital.

“She had been having health problems before. She needed a surgery,” Russ shared.

Part of the problem, of course, was that Russ was in Miami.

“I had an idea that her time could be up very soon," Russ admitted, adding "but it was a shock."

Russ explained to fans: "I’m the only one outside of Oklahoma."

Clearly, he wishes that he had been in more physical proximity to family … even though it would have been dangerous to see them.

Russ got raw and emotional as he discussed his grief and frustrations.

"This f–king virus is separating us all," Russ lamented.

"You couldn’t even go into the hospital to just be with her," he added.

"She would have had someone by her side that whole time," Russ acknowledged. "So f–k you, COVID."

Our hearts go out to Russ and his family as they mourn his late grandmother. This is a doubly devastating time to lose a loved one.

The interpersonal issues between Russ and Pao, however, would likely be in place without the pandemic.

Division of household labor is a common struggle for heterosexual couples (considerably less so for same-sex couples).

We hope that they can sort out what seems like a fairly simple point of contention and get along as well as is reasonably possible. 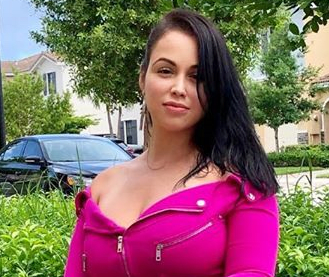