Now, the  fan favorites have revealed the name of their baby boy to fans.

"We are so excited to introduce you to our son," Loren captioned this precious family photo on Instagram.

She then wrote out the couple’s first child’s name: "Shai Josef Brovarnik"

"We are so in love," Loren gushed.

Then, because she is so thoughtful, she clarified: "(pronounced like “shy” and Shai means “gift”)"

Last Friday, Loren shared this photo, alongside a wonderful caption.

"Just some smiles for your Friday!" she wrote on April 17.

"This is what pure happiness looks like during these crazy days!" Loren announced.

You know what? She is not wrong at all.

Those were not our only snaps of Shai, as Loren also shared a glimpse of her precious boy.

"This little rockstar is enjoying his first weekend," Loren announced juust days ago.

That is quite the eye-catching outfit for the adorable newborn, who is now just over a week old.

Shai was born prematurely on Tuesday, April 14 at 4:26PM.

Fortunately, his weight — five pounds and ten ounces — is within the "normal" range for baby weight.

At birth, he measured 19 inches in length.

But no measurement can accurately capture the unmitigated joy that Shai has brought to his loving parents.

Loren and Alexei have both acknowledged what a difficult time this is, for them and for, well, almost everyone.

In particular, a global pandemic is a scary time to be pregnant, let alone to visit a hospital and deliver a baby.

We will continue to hope that this happy family of three remains healthy and safe during this devastating crisis.

Shai is lucky to have parents who adore him so much.

Speaking of Shai’s parents, Alexei obtained his official US citizenship just a couple of months ago.

Alexei had to wait for years after marrying Loren for his citizenship to be approved, and that’s a relatively short wait time compared to some.

We don’t know that his 90 Day Fiance fame played a role, but being Israeli may have helped him clear hurdles that stumped some castmates.

Loren and Alexei announced their pregnancy last year, to widespread applause and congratulations from fans.

They are easily one of the most widely adored couples in the franchise.

(In any poll of fans, the only other couple that gets this kind of positive attention is David and Annie Toborowsky)

Hearing that they were bringing a new life into a loving, supportive home put a smile on the faces of countless fans.

Loren has previously expressed frustration with some castmates whom she felt made a mockery of the K-1 visa process.

Some stars clearly want fame. Others reek of desperation. Others are con artists.

Others still seemed to want to leverage American residency in order to lasso themselves a sex partner.

Loren and Alexei have true love. Only a handful of other couples can say the same. 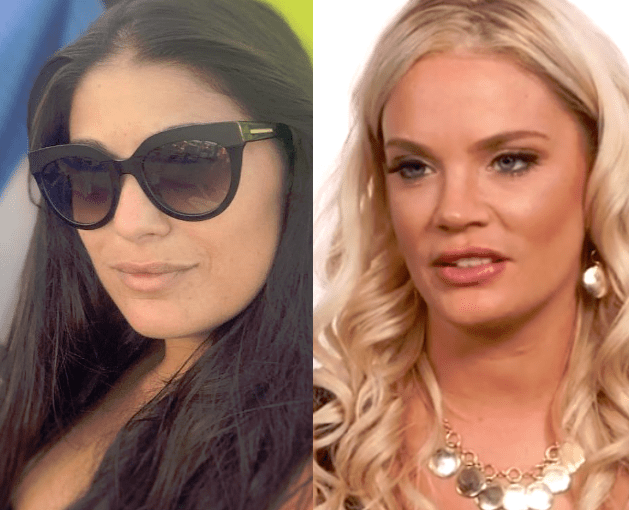