This week, it came out that Mischa Barton was fired from The Hills: New Beginnings for an unforgivable TV sin: being boring.

Instead of going in silence or congratulating her reported replacement, Mischa is denouncing it all as lies.

There was a time when Mischa Barton was such a walking, talking, stumbling disaster that she could never be considered "boring."

It was reported that Mischa has not only been fired, but replaced on the The Hills revival.

Her alleged replacement is Caroline D’Amore.

She asks: "Where do people get their reporting from?"

"As if anyone would watch @carolinedamore try to hoc her boring ass pasta bowls and greasy pizza on tv," Mischa scoffed.

"Tried that," the claimed.

People who don’t feel insecure usually do not feel the need to lash out like this. Just saying.

If you take her words at face value, she appears to be absolutely certain that this is a lie.

But the "get your story straight" demand seems to imply that the reports are garbled or simply confused.

And it may be that Mischa herself is the one who is feeling confused at the moment.

In the comments beneath the post, Mischa seemed to admit that she doesn’t know her own fate.

"Nobody knows what’s really gone on / is going on behind the scenes," she acknowledged.

"Nothing bothers me more," she added.

It’s unclear what makes her so certain that this is false if she herself isn’t sure.

Sometimes, production may know days or weeks in advance that they plan to cut ties with an actor before the actor learns of it.

We are of course horrified by the idea that Mischa may have learned of her eventual firing from the media and not from her bosses.

That said, maybe she’s right and the production insiders were wrong. It could conceivably happen.

She didn’t gloat about the alleged casting news, but she was definitely in good spirits judging by the tone of her post.

"Thank you for the sudden surge in @pizzagirlofficial sales this morning," she expressed.

She then wrote the tags: "#sellingout #notstoopingtoyourlevel." That reads "not stooping to your level." That is very sensible and mature.

To clarify, real women absolutely do this. But bullying is bad in and of itself.

If you avoid bullying out of gender solidarity, that’s great, but bullying’s bad on its own.

Perhaps if Mischa were feeling more secure, she wouldn’t feel the need to mock or ridicule Caroline, but she shouldn’t do it anyway. 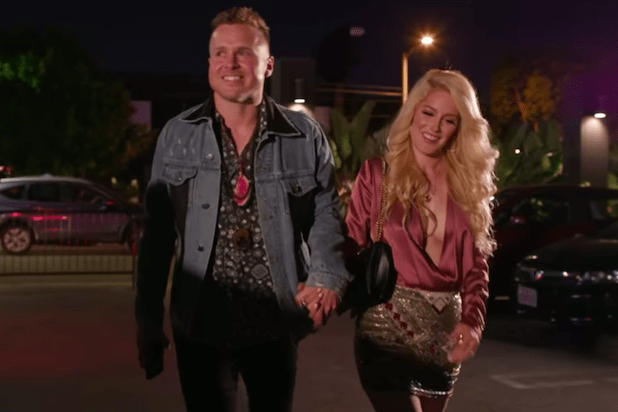