Tori Roloff is pregnant with her second child.

And the universal reaction to this very exciting news has been, well… excitement.

Everyone out there is just so very happy for Tori and husband Zach, both of whom have been regular cast members on Little People, Big World for years and both of whom just seem like regular, very nice people.

"We are so excited to announce that Jackson is going to be a big brother!" Tori wrote this week on Instagram, adding that she also knows the gender of her impending child:

"We can not wait to meet our sweet baby girl!"

However, while social media users and loved ones have been sending Tori and Zach their best wishes ever since this announcement, at least some of these same people have been anxious to ask her a question:

Will this little girl be… a little person?

Will she be like her father and her grandfather and be born with dwarism?

On one hand, of course, this is a sensitive and personal topic.

On the other, though, the Roloffs have been very honest and open about this subject ever since becoming famous and there’s certainly no reason for shame behind the answer.

“Odds that it will be a LP [little person]?” one person asked the 28-year old mother to be after she asked for followers to hit her up with "all the baby questions."

Back in October of 2017, Roloff revealed in a similar Q&A that she and Zach found out their son, Jackson, would be born with achondroplasia, the same condition both Zach and Matt Roloff possess.

“We actually found out when I was 34 weeks pregnant, but my doctor had a little more of a heads up than some parents," Tori explained back then.

At one point during this first pregnancy, Tori called it “scary” and admitted that it was hard to think about her child as “different," but added that she would of course love him no matter what.

Zach, who has achondroplasia, also opened up two years ago about the challenges he faced as a young dwarf and some of his concerns for Jackson.

“You have to encourage a dwarf child a little more because it will take them five steps to do what others can do in two,” he said in May 2017.

He said this shortly after Jackson was born and made it clear that his parenting style would be the same no matter the size of his offspring:

“But I knew, dwarf or not, I was going to parent my child with the mentality that not everyone gets a trophy. You have to earn it.”

Men with achondroplasia grow to an average height of 4’4″ with a normal lifespan, while babies may have breathing problems, along with delays in muscle development.

Zach said back then that the genetic condition might make Jackson’s life more challenging, but:

“I want people to know that he’s just like his dad: being a dwarf is just part of the whole package of who he is."

Congratulations once again to Tori and Zach! 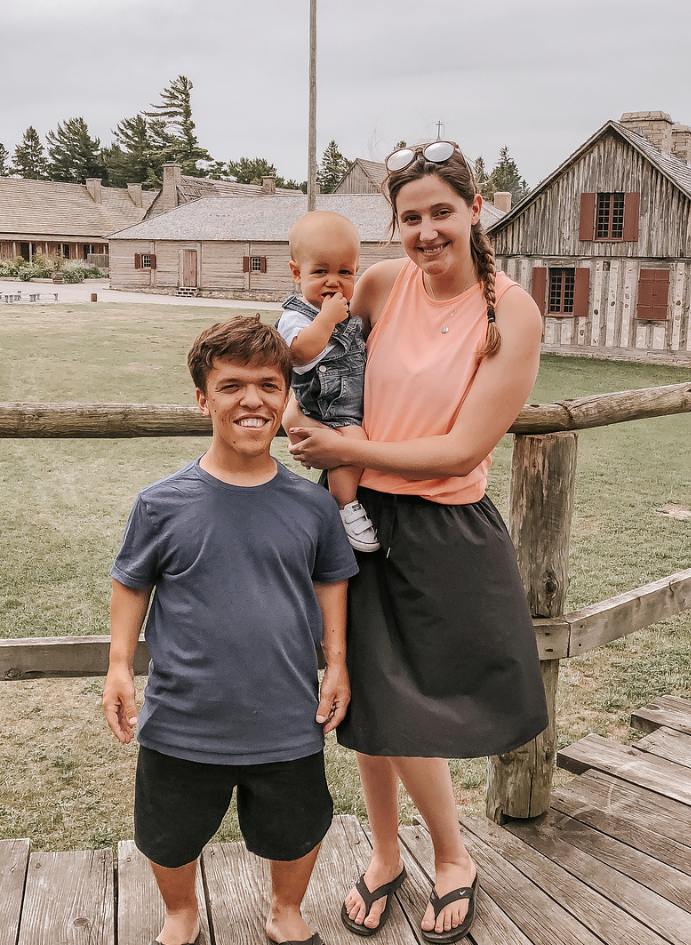