While Khloe Kardashian is adjusting to being a single mom, her disgraced ex Tristan Thompson is smashing every groupie in sight.

Khloe is heartbroken, but people assume that Tristan doesn’t care. Oh, he cares about the situation. He’s pissed.

Tristan is reportedly furious with Khloe, of all people, claiming that she ruined his reputation.

After the parents had a tense reunion for True’s first birthday, some fans wondered if these bitter exes were on the mend.

But RadarOnline reports that Khloe and Tristan still can’t even agree on who’s the bad guy in Tristan’s cheating scandal.

"She was expecting some kind of apology from him," the insider says of Khloe.

If so, she is setting herself up for continued disappointment. Just like when she started dating him.

We’re not saying that Khloe has never made mistakes, but on what possible grounds could Tristan be angry with her?

"In his mind," the source explains. "Khloe tried to destroy his reputation."

We could see how Jordyn Woods could have that complaint, but Tristan does not have moral high ground over anyone in this situation.

The insider says that Tristan is still pissed "and he’ll never forgive her for that."

"These two are far from friendly," the source asserts. "And that’s never going to change."

Then how do they explain the two being at the same place at the same time for baby True’s very first birthday?

"Khloe and Tristan were acting like a happy family at True’s birthday party," the insider acknowledges.

"But it was all for their little girl," the source explains, adding: "And the cameras.”

No offense, but it wasn’t a convincing act.

Even within the conspicuously edited video clips that Khloe shared, her frosty expression and Tristan’s awkwardness was as clear as day.

Some had speculated that Khloe and Tristan might find a few moments of quiet at True’s party to chat.

Not so, says the report.

According to the insider, “Khloe didn’t say two words to Tristan."

All things considered, that sounds very fair — especially because she was not the only one wielding the silent treatment like a cudgel.

"And," the source notes. "He made no attempt to speak to her either."

So, has Khloe been trying to ruin Tristan’s tattered reputation?

Actually, she has bent over backwards to do the opposite.

"Keep raising your daughter the best way you know how," a fan advised her earlier this year.

The tweet continued: "All she needs is her mom. You’re doing great. Keep ya head up."

"Thank you love!" Khloe responded. "You’re so very sweet. But he is a good dad to her."

"My sweet and special baby True will NEVER be put in the middle of him and I," Khloe vowed. "I can promise that."

If you don’t want infamy because of multiple cheating scandals, there are three simple rules by which you should live.

One, don’t cheat on or cheat with a famous person.

Two, don’t yourself be a famous person while cheating.

Three, try to limit the ports where you dock your dong to those that make your significant other happy instead of sad.

We know that three is a lot of rules, but if you follow this simple guide, you are considerably less likely to find yourself in Tristan’s shoes.

Last summer, Khloe went out of her way to take Tristan back and to make desperate attempts to rehabilitate his character in the public eye.

If Tristan wants to find the bad guy who ruined his vacation, we recommend that he take a look in the mirror. 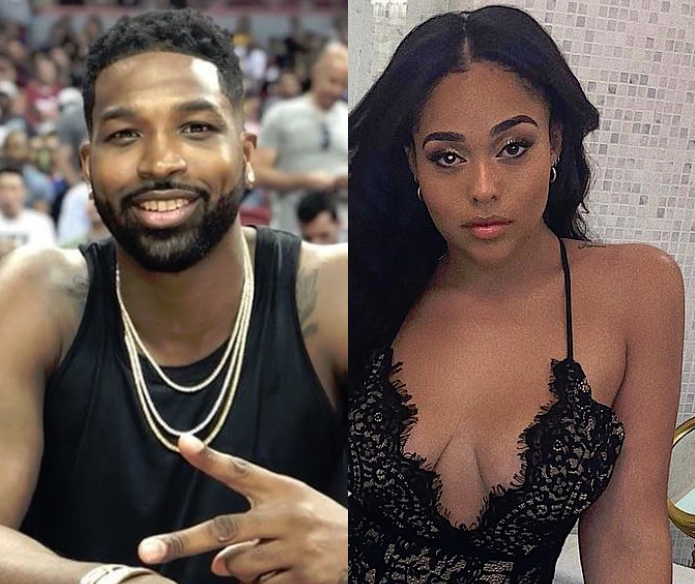