The Real Housewives of New Jersey star Danielle Staub got engaged to Olivier Maier after just weeks of dating, and just months after her last divorce.

On Monday, just days after their engagement, they were scheduled to be married — but wisely postponed.

Now, it turns out that the two have already broken up. This is … absolutely nuts.

Danielle Staub met Olivier Maier late last year through a mutual friend who was dating him at the time.

In late February, just months after her split from Martey Caffrey and just a few days after that divorce was finalized, she revealed that she was dating Olivier.

Days later, the couple announced that they were engaged.

They weren’t messing around about taking things slow, either, and set their wedding date for Monday — by which we mean March 4.

But Danielle wisely postponed the wedding … and that’s not all.

According to what a source tells Us Weekly, Danielle and Olivier have broken up.

While some of her fans were happy to see her move on … and had hoped that a new man might pay off her debts or even buy her a new home.

Instead, it appears that he never even bought her a wedding ring when the two went shopping over the weekend.

To no one’s surprise, Marty Caffrey has something to say about all of this.

In a statement to Us Weekly, Marty has responded to his ex wife’s newest breakup.

"I wish, and will always wish, [for] Danielle to achieve true love and happiness," Marty says.

He continues: "I fell in love with her, remember?"

"And although I divorced her last August," Marty notes. "This still troubles me."

Marty also says that he saw this outcome a mile away.

Danielle, who has now been engaged twenty-one times and married four times, apparently did not.

Marty admits: "I had early suspicions and doubts about the sincerity about this St. Barts nonsense."

He is referring to the photo of the two of them kissing.

"Olivier and Danielle would serve themselves well by putting their feet on the ground and staying there forever," he suggests.

However, he predicts: "I doubt either can."

Marty then reveals that Olivier was dating Gina Curko when he and Danielle met.

Though Olivier previously insisted that Danielle played no role in that breakup, Marty clearly feels differently.

"This is an absolute disgrace, what they both did,” Marty assesses.

“Having no regard for Gina and her kids and Danielle’s kids is something I will never understand," he says.

Danielle’s adult daughters were "pushing back" over the weekend over concerns that Danielle was moving too quickly.

There’s just one other twist about Olivier.

Remember when Danielle revealed that he’s a duke — the duke of Provence?

It turns out that he might not be a real duke after all.

See, the duchy of Provence was absorbed by the French monarchy centuries ago.

So his ancestor may have been nobility centuries ago — but, honestly, whose wasn’t?

The way that bloodlines work, most of us are descended from nobles or even royalty, but most of us don’t claim titles that don’t exist anymore.

Edit: Danielle saw reports that she and Olivier are not together anymore and took to Instagram on Tuesday to insist that they’re still a couple. 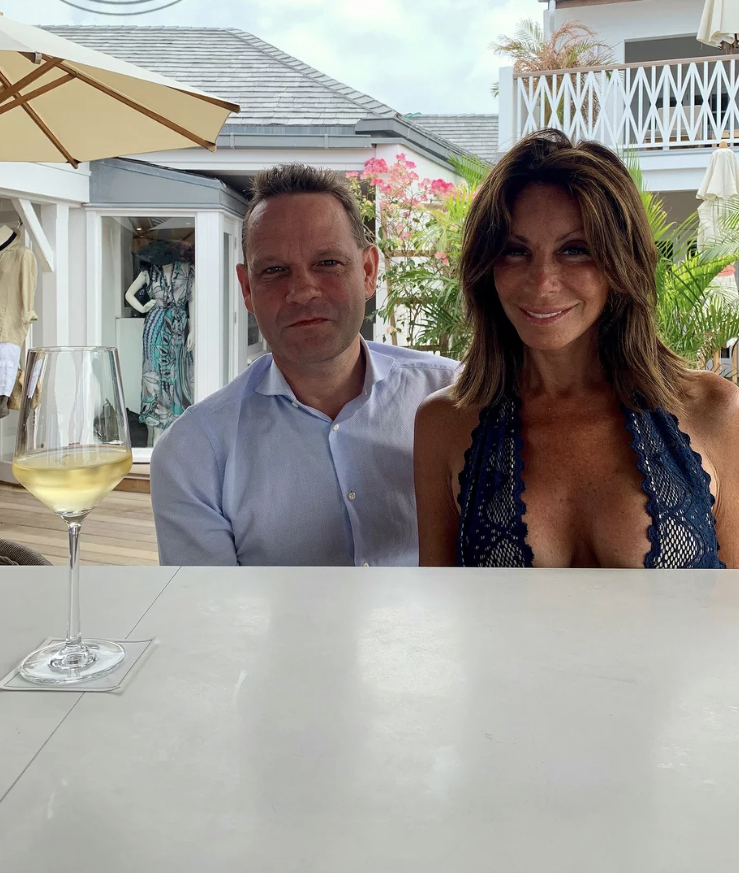