Being on a deserted island, and exiled from your significant other is not the cure for your relationship woes.

We picked up in the immediate aftermath of the couples being split up and sent to live in a house filled with beautiful singles.

It may be the ultimate relationship test, but some of the attached individuals got a little too comfortable on Tuesday’s episode.

The men chose which of the women they wanted to take on a date, while their girlfriends could only look on from a distance.

Thankfully, the women got to do the same thing, or we’re sure there would have been some hair pulling and catty comments.

While the dates started well, Shari was somewhat uncomfortable at the prospect of opening up about herself to a new guy.

“The last time I went on a first date was eight years ago, so it’s a lot for me to take in,” Shari admitted. “It’s definitely an awkward situation for me compared to the other girls.”

Shari and Javen had been together for over eight years, so this was difficult for her. Dating in the age of with apps like Bumble and Tinder is always going to be difficult after so many years off the market.

Shari felt guilty on her date with James, and that confirmed that she felt their relationship was worth fighting for. It’s just a pity she and Javen couldn’t come to that conclusion before because Javen’s date went so much better.

However, he did admit that something felt off about the way all of this was coming together.

While one couple seemed to be getting closer despite the distance, it seemed like Evan and Kaci were ready to fall apart.

Evan went on a date with Brittany, and while it surpassed his expectations, he was starting to get closer to Katheryn. They bonded over drinks and made their way to a secret room.

Katheryn wondered why Evan was keeping her at a distance, clearly wanting to forget the fact that he’s in a relationship with Kaci.

Morgan then appeared because she wanted to know why they were hanging around in the shadows. Okay then.

When the men and women got to lay eyes on the dates, all hell broke loose. Shari took issue with the editing of Javen and Katheryn’s date.

“It just happened, I’ve been drinking,”  Javen sneered as Shari started to break down.

“The fact that he would just cross the line in that way is really hurtful,” Shari screamed.

We never got to find out whether anything actually happened, or if we’re being trolled by the producers.

In any case, Temptation Island is proving to be quite the sudsy reality TV show to warm up these cold winter nights.

What are your thoughts? 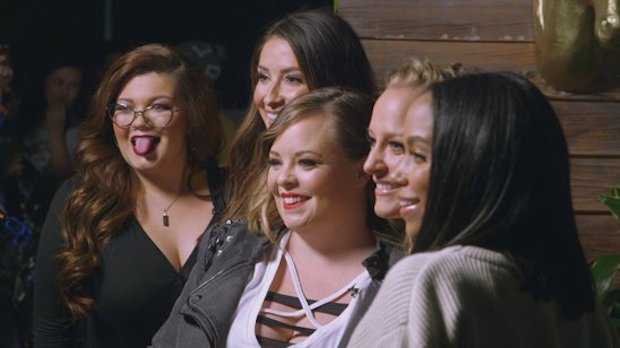