Wonderful news! 90 Day Fiance has been officially renewed by TLC for Season 7!

There is, however, some bad news.

You know this record-breaking government shutdown that’s brought misery to hundreds of thousands of households?

Page Six reports that if this goes on much longer, 90 Day Fiance Season 7 could be postponed or radically altered.

"It could cause significant delays in visa processing," an insider explains.

"And it’s going to be a new challenge for reality producers," the source continues.

As the insider sees it, producers will struggle when they’re "looking to cast the upcoming seventh season."

That doesn’t mean that they’re not trying, however.

"The casting process is going on right now," the source confides.

"In a sense, it’s holding up production," the insider shares.

"Because," the source notes. "Without a locked-down cast, we can’t film."

You can cast all of the couples you like, but if there’s a huge backlog to approve K-1 visas, they can’t begin the titular 90 days.

No matter how much editing 90 Day Fiance does or how much producers nudge, making the show is not like writing a script.

"The stories are contingent on a good cast," the insider points out.

"So," the source reasons. "It’s harder to find available couples."

"Because it’s following people who have already been approved," the insider says of how the show normally operates.

The source concludes: "The wait is longer."

We have to admit that, when we discussed Steven and Olga’s reunion and plans for the near future, the government shutdown crossed our minds.

Steven already delayed getting Olga her visa, and now it could be a long wait before they can bring their baby home.

But, on that same note, Steven and Olga filmed without a K-1 visa, and they’re not the first couple to do so on the main series.

90 Day Fiance podcaster Erin Martin points out that there’s a lot more to the show than visa paperwork.

"Basting is based on who makes good tv," Mertin argues. "Not necessarily people who already have visas."

Nicole and Azan have spent most of their time filming in Morocco.

Steven and Olga spent an entire season in Russia.

While that is technically the territory of 90 Day Fiance: Before The 90 Days, there’s no hard-and-fast rule about it.

Some have suspected that Steven and Olga may be (currently!) filming for Season 7.

That is purely speculation, but we don’t see why a few other couples couldn’t be filmed in their separate spheres before coming to the US.

Despite the wishes of both anarchists and the current occupant of the White House, the government has to reopen some time.

We here at THG do want to make it clear that reality television is not the biggest concern about the government shutdown.

As of Thursday, many families — hundreds of thousands of American families — have gone weeks and weeks without paychecks.

Some are required to work without pay. Others are limited from performing their full duties because they cannot access equipment and resources.

Despite some anarchist fantasies that these are jobs held by beaurocrats who do simply leech tax dollars, that is not the case.

National security is at risk. The experts who take preventative measures before fire season are unable to do their jobs.

This government shutdown is life for death.

We only hope that both Trump and McConnell can somehow be reasoned with before the damage grows even worse.

There’s more at stake than 90 Day Fiance, even though we love the show. 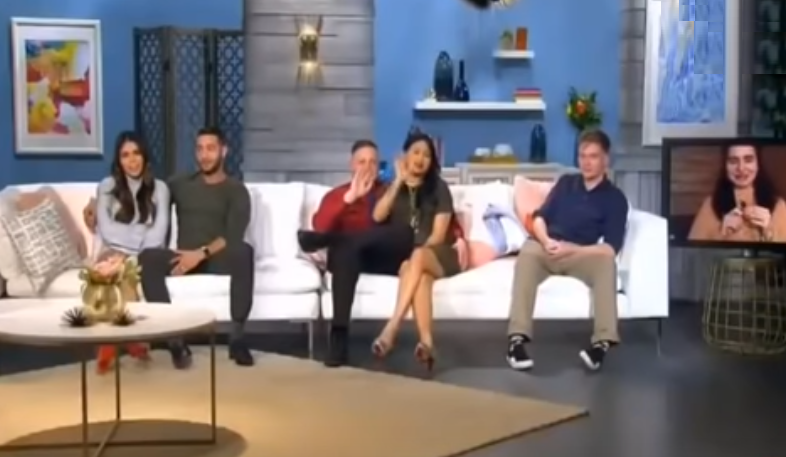