In the estimation of many country music fans, Miranda Lambert’s reputation has taken quite a tumble over the course of the past year.

In truth, the singer’s decline in popularity probably began back in 2015 with her divorce from Blake Shelton.

But the split seemed amicable, and both parties encouraged their fans to respect their privacy and show some compassion.

Over the past few months, however, Miranda’s reputation has been dealt a series of crushing blows, largely due to her short-lived relationship with Evan Felker.

In the press, Felker was often described as Lambert’s "married boyfriend," and that’s not terribly far from the truth.

Though Felker and his wife were estranged at the time of his relationship with Lambert, reports portraying Miranda as a heartless homewrecker persisted online.

Now, in the wake of her breakup with Felker, sources close to Lambert are concerned that she’s developed a fixation with her most famous ex — and that she’s dealing with it in a decidedly unhealthy fashion.

"Miranda can’t stand seeing her ex-husband so in love with Gwen, planning a wedding, [and] co-parenting Gwen’s sons," an insider close to the situation tells Life & Style.

"They’re worried her drinking is out of control and that she’s just numbing the pain of another failed relationship," the source continues.

"Friends and family have been so concerned that they’ve been considering an intervention."

The informant claims Miranda has been hitting the bottle hard for quite some time, and in recent weeks, her loved ones have become seriously concerned for her well-being.

"Miranda’s hard partying went into overdrive toward the end of her [summer] Bandwagon tour, around the time of her breakup with Evan." the insider explains.

"Ever since then, she’s been on an alcohol tear to deal with the heartbreak," the source added, noting that Miranda has been "throwing down whiskey and wine from her own Red 55 winery like mad to cope with her forlorn state."

On the bright side, boozing her way through a series of bad breakups certainly boosts Miranda’s country cred.

And the concerned source even worked in an endorsement for Lambert’s winery! Now, that’s a lesson in synergistic poromotion.

If the situation is as serious as the insider claims, we certainly hope Miranda finds the help she needs.

Part of the problem is that Lambert has embraced the image of a self-styled country outlaw, coping with her troubles with the help of a bottle and guitar.

"I am who I am. I am honest about being flawed. That’s all I can be, you know? I cuss. I drink," the singer said in a June interview.

"I get divorced and get my heart broken. I break hearts."

But the insider says Lambert is hiding behind a carefully constructed facade and secretly longs for the life that Blake and Gwen have built for themselves:

"That’s the life Miranda dreams of and is just another reason she’s been drowning her sorrows," the insider confessed.

"It’s all just been getting worse day by day." 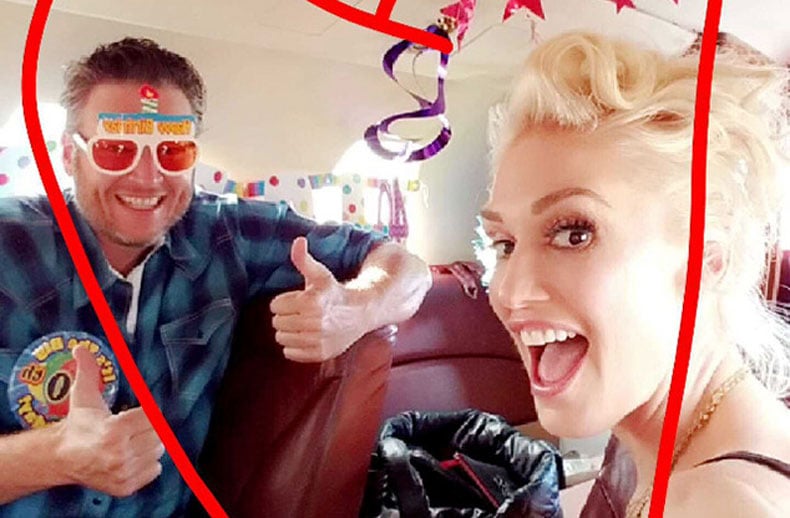