The baby was a boy… he entered the world at 11:01 a.m. local time… and he weighed eight pounds, seven ounces.

Indeed, a mere seven hours (seven hours!) after becoming a mother once again, Middleton got all dolled and all made up in order to present her son to the world.

We’ve collected a fair share of these indelible images below.

But while they make clear just how happy Prince William and his lovely Duchess are to have a bundle of you to care for, there’s one important aspect to these photos that is not evident at first glance.

And that is this:

Nearly 34 years ago, when the late and great Princess Diana presented son Prince Harry to the universe, she also wore a red outfit featuring a white Peter Pan collar.

There’s just no way this was a coincidence.

The new mother’s dress – a red ensemble from Jenny Packham (who designed all three of Kate’s post-birth ensembles) – was undoubtedly a nod to the new baby’s maternal grandmother, who, of tragically, died in a car crash in 1997.

And we weren’t the only people who noticed this, either.

At least one Twitter user believes Kate paid homage to Diana with the outfits she wore for the presentation of this child and of Prince George:

When she gave birth to George in 2013, Middleton rocked a blue polka-dot Jenny Packham dress at his unveiling, invoking the same print that Diana herself wore to present William to the world in 1982.

The Royal Couple is yet to announce the name of its third kid, but William and Kate and now at home in Kensington Place, trying to get as much sleep as possible while caring for him.

“It completes them,” royal biographer Ingrid Seward tells People Magazine, while a friend of the tandem notes that Kate “is one of three siblings, and it’s a good family size."

What about four-year old George and big sister Princess Charlotte, who turns 3 on May 2?

The toddler “are so excited,” says another friend, adding:

“Kate’s worried that Charlotte will feel it the hardest as the youngest, but she’s such a confident little girl and growing up so fast, Kate is hoping she will adjust.”

That’s a normal concern, of course.

There’s bound to be some jealousy when the kids see Mommy paying attention to another tiny human all of a sudden.

But it will surpass. And sleep will come again someday for the baby’s parents.

Until then, it’s just important that they savor every second they have with their newborn.

Congrats to the entire family! 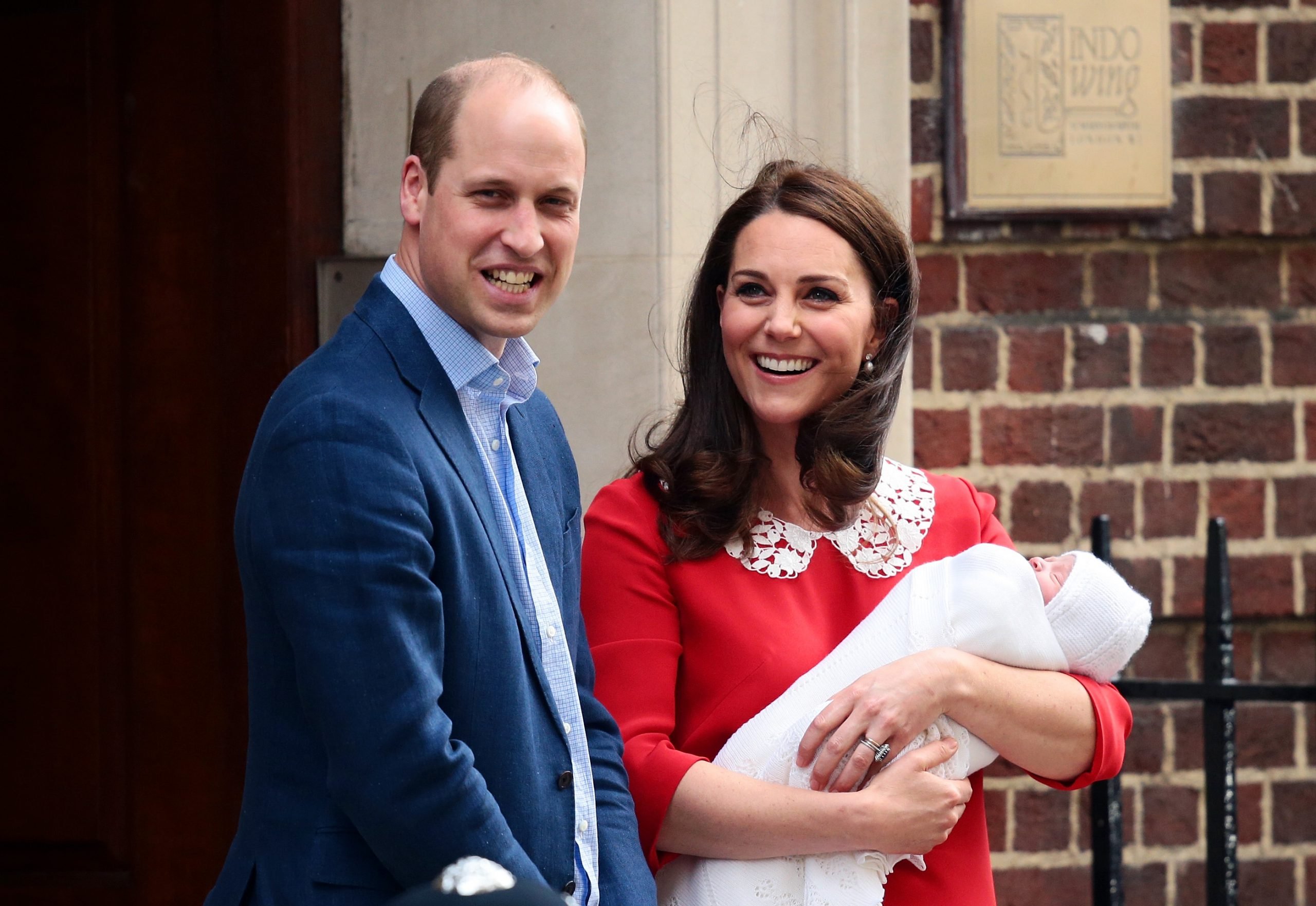