The Blind Auditions continued last night on The Voice, and that meant there was another batch of sub-par performers given the opportunity to advance to the next stage of the competition.

Granted, most of the dull performances hailed from Team Adam.

Also odd: ABC aired American Idol opposite The Voice. Do we really need these two shows fighting it out for more viewers than the other?

Let’s break down the performances!

Stephanie plucked up the courage to perform a Kelly Clarkson number in front of Kelly herself, and it was a robust performance that was different enough from the original to set herself apart.

Kelly did not seem impressed and didn’t turn her chair around. Luckily, Adam snapped the Nashville native up for his team.

Tish opened up about falling pregnant at just 14 years old, and she claimed that it changed her life. Her performance was solid, but not spectacular.

The first big miss of the night came in the form of Bransen. His vocals were most certainly not up there as the best, but he seemed like a natural fit for Team Blake.

The troubling thing about it was that Blake failed to turn around initially, and it took him some time to get on board with all of it.

Teana could have fooled us if she hit the stage and said she was a guest performer. She was polished and had a significant stage presence.

She should make it far into the competition, but this show has been known to cut acts in their prime. Maybe Team Kelly will serve her well.

While Miya Bass may have charisma for days, her song choice was way off for her audition. There was nothing about it that made her seem like a marketable artist.

Adam’s team is beginning to look like the go-to place for the contestants who are just not great at performing.

This was another one of those middle of the road performances. We’re sure there must have been better contestants than Jordan to put through.

We’re sure if he performed a pop song, he would not have joined Team Kelly … or any of the other coaches for that matter.

Shana Halligan – “Bang Bang (My Baby Shot Me Down)”

After a string of downright dreadful performances, Shana appeared and reignited my interest in the show. Her vocals tugged at the heart because they were so beautiful.

Team Alicia is the perfect place for her.

Gary was ready to graduate from the church stage to the bigger stages that would propel him to stardom. His voice matched up, and he proved he has what it takes to become a professional singer.

At least Adam finally got someone on his team who could make it far.

In true The Voice fashion, the show left the best for last. Hannah scaled a lot of vocal heights throughout. We may very well have a finalist right here, you guys!

What did you think of the latest performances? 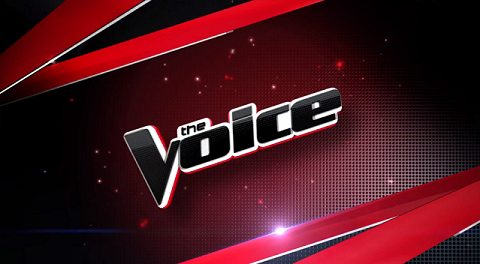