But at times, she seemed ambivalent, following up criticisms with wearing a MAGA hat.

Now, however, she’s speaking out in no uncertain terms that Trump is "the worst ever" for trans rights.

On Thursday night, Caitlyn Jenner spoke about Trump to Newsweek at the Champions of Jewish Values International Awards Gala.

"As far as trans issues, this administration has been the worst ever."

After historic gains in the LGBT+ community’s civil rights during the Obama administration, there have been massive setbacks under Trump.

Part of that, of course, being Trump rescinding protections that allow public school trans students to safely use restrooms that match their gender.

Under Trump, trans students just have to hope that they go to a non-discriminatory school district. And that’s just part of the Trump administration’s pushes against transgender rights.

"It’s going to be hard to change," Caitlyn says. "But we’ve been through these types of things before, and we’ll continue to fight it."

Civil rights setbacks are to be expected from Trump, the man who launched his campaign by demeaning Mexican immigrants as "rapists" and who went to great lengths to appeal to his base of ignorant and bigoted voters.

But to some, including Caitlyn, this is a surprise.

See, Trump’s history of racism is well documented and goes back for decades.

In terms of transgender rights, however, he’s been viewed as somewhat progressive. For years, he allowed trans women to compete in beauty pageants.

During the 2016 Republican Primaries, Trump stated that Caitlyn Jenner — by name — could use "any bathroom she chooses" at Trump Tower. She even took him up on that.

He also said that North Carolina, whose legislature and famously despised one-term governor Pat McCrory had pushed through HB2 which banned civil rights ordinances, should allow trans North Carolinians to use whichever public restrooms they feel are appropriate.

Caitlyn Jenner has been a lifelong Republican, so he hoped that the Republican party would wholly accept her.

She also felt determined to take Trump at his word, despite warnings from basically every trans woman she knew — including actress Candis Cayne — that Trump was a danger tot he LGBT+ community.

But … she was forgetting that a large part of the Republican party’s base sees trans people as a threat, and that Trump would need to court their approval.

Particularly in an effort to win over socially conservative legislators and to distract his base from his basically daily scandals.

In other words, Caitlyn forgot that her own party’s values do not value her or her community.

In some ways, Caitlyn Jenner has been a powerful spokeswoman for the trans community, using her platform to raise awareness and even to indirectly help other trans folks come out to their families.

She epically shut down Piers Morgan’s inappropriate questions about her genitals, which are none of anyone’s business.

At the same time, others feel that by voicing support for Donald Trump and Ted Cruz over the years, politicians who are a threat to trans rights, she’s betrayed her own community.

When she was confronted and called a fraud last year, it was because she enjoys the lifestyle of a rich white celebrity and is wildly out of touch with the lives of most trans women who have to live under Trump.

In other words, if she thinks that Trump’s policies are bad, it’s all so much worse for countless others.

Trump’s ban on transgender people serving in the military, a transparent appeal to his base of voters, has been rejected as discrimination.

The Pentagon is standing up for the troops.

But other things — like rescinding protections for trans students — will have to be undone by future Presidents.

Will Caitlyn Jenner put her foot in her mouth in future elections, and end up backing other anti-trans candidates because she thinks that, as a rich woman, they’ll represent her interests?

Only time will tell. 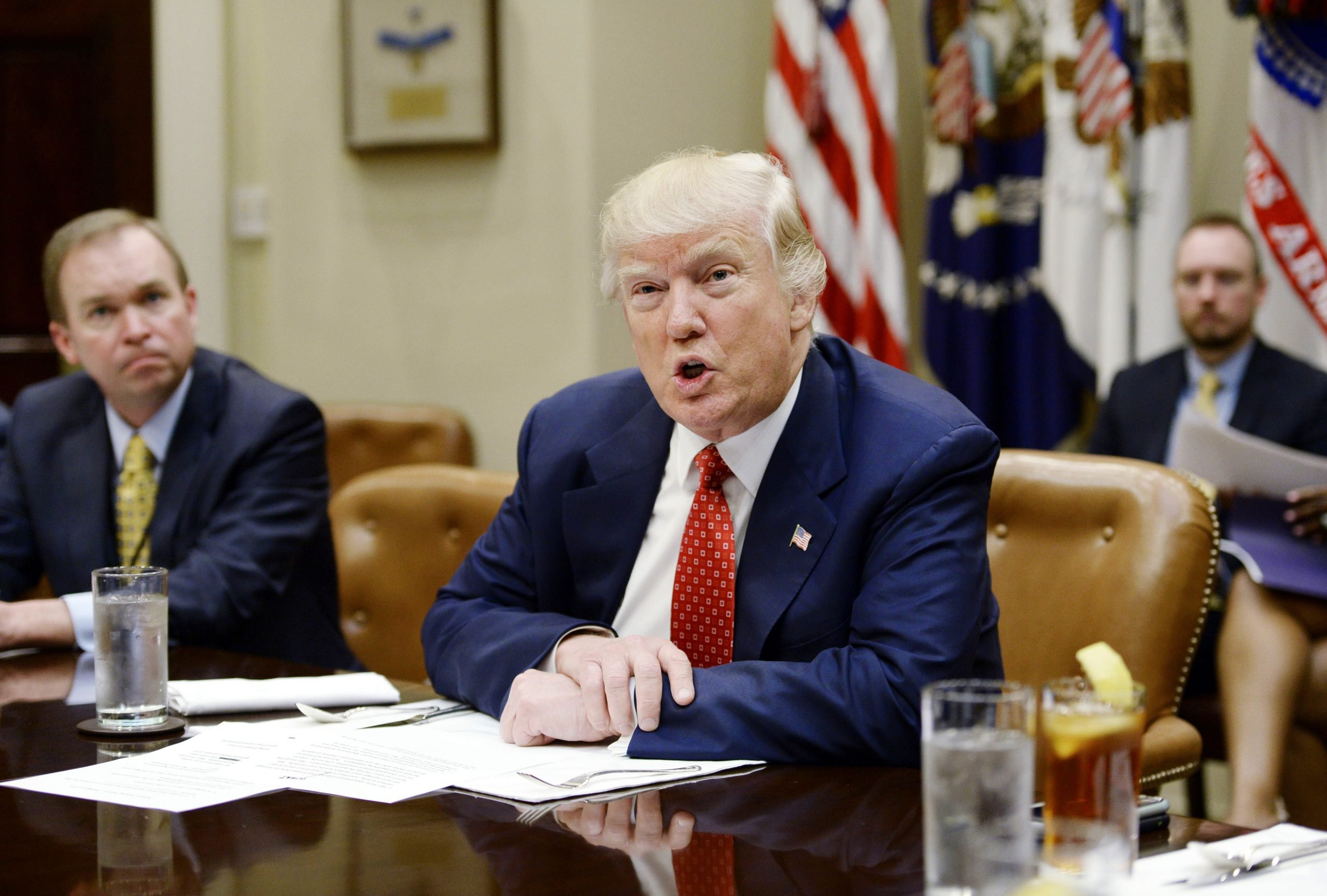