But as we were reminded this week, Jeremy is capable of being every bit as ignorant as his controversial father-in-law:

Jeremy recently tweeted about a story in which a man tried to coerce a woman into marrying her by threatening suicide:

“Alan Redpath tells the story of a young woman who came to her pastor desperate and despondent. She said, ‘There is a man who says he loves me so much he will kill himself if I don’t marry him. What should I do?’” Vuolo wrote.

“‘Do nothing,’ he replied. ‘That man doesn’t love you; he loves himself. Such a threat isn’t love; it is pure selfishness.’”

Here’s the thing – obviously, this woman shouldn’t marry this mentally ill man just because she’s afraid he might harm himself.

But she also shouldn’t "do nothing," as her pastor advises.

She should offer help.

She should speak with him, contact authorities, his family, whoever she needs to because it could mean saving a life, which seems like a mighty Christian thing to do.

Not surprisingly, fans were almost universally critical of Jeremy’s advice.

“Get what you’re saying but I think you need to be careful when you talk about ignoring suicidal people,” tweeted one fan.

Jinger and Jeremy are expecting their first child these days, and many are hoping that as parents, they’ll leave some of her family’s more outdated traditions in the past.

Jinger is the most rebellious of her siblings, having already broken with some of her family’s more arcane rules, such as the requirement that women wear dresses of long skirts at all times.

Unfortunately, all of that means very little if she and Jeremy aren’t willing to take a more modern approach to such issues as child development and mental health.

Here’s hoping Vuolo will eventually come around to the idea that not everyone who experiences a suicidel impulse is just a manipulatvie jerk. 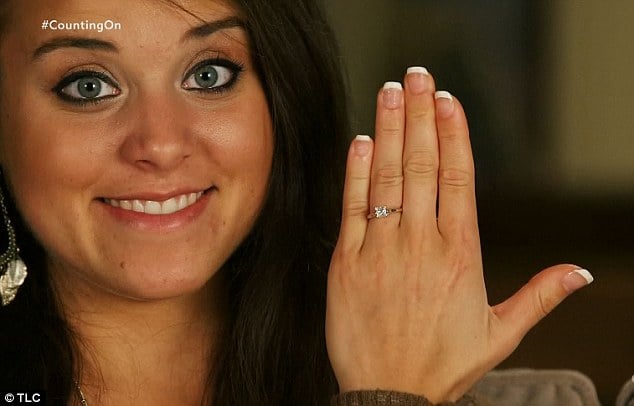