Now that Jennifer Aniston and Justin Theroux are over, people are wondering what’s next for the beloved actress. An amicable split doesn’t make you any less single.

But now — in a photo snapped at Ellen DeGeneres’ birthday celebration — Aniston has been spotted cozying up to The Weeknd.

Are they the new couple to watch? And is this going to create tensions with her friend, Selena Gomez?

Over Valentine’s Day weekend — weekend with that third "E" and without a definite article — Ellen DeGeneres, the beacon of daytime delight, celebrated her birthday.

(Ellen’s birthday is actually January 26th, but you only turn 60 once, so you find a time for your star-studded party when everybody can make it)

If you need an example of exactly how star-studded Ellen’s party was, the photo of Jennifer Aniston and The Weeknd looking close and comfy with each other isn’t a selfie.

It was snapped by Oprah Winfrey.

In this photo, shared by Stephanie Allynne (on the far left), Jen and The Weeknd look very, very comfortable with each other.

To the point where some wonder if the newly single Jennifer Aniston is giving The Weeknd’s ex, Selena Gomez, cause for jealousy or resentment.

Jennifer Aniston and Selena are friends, and it’s customary for friends to not poach each other’s exes.

Gretchen Wieners in Mean Girls referred to that as "the rules of feminism." Which is a joke, but still.

Are these two violating friendship rules … or are they just comfortable around each other because they already knew each other through Selena?

We’d caution people to be, well, cautious about reading too much into a single photograph like this.

Right now, in the wake of Jennifer Aniston’s split from Justin Theroux, it’s easy to point to any man who might wander into her orbit and identify him as her next suitor.

Jennifer Aniston is beautiful and famous and she deserves happiness.

But if we’re very honest with ourselves … she and the Weeknd are standing next to each other at a party and then pose for a photograph at a friend’s behest.

Even if Jennifer Aniston and The Weeknd were canoodling, would that really be a slight against Selena?

Selena and The Weeknd have been over for a while now.

We know that in the unending nightmare of the last year or so, every day seems to last a month but every week somehow goes by in about an hour. None of us can explain it but we all feel it.

But Selena and The Weeknd split last fall. It’s 2018 and spring begins in less than a month.

Besides, Selena is busy boinking the Biebs, and probably doesn’t give a flying flip about which friends help themselves to her leftovers.

You can say "Girl Code" all you want, but none of us know what conversations happen behind the scenes.

But you know what?

Jennifer Aniston is one of those people who’s very conscious of the things that get said about her, true or not.

And she has zero obligation to tell anyone what she’s up to. That is totally her business.

In the mean time, the rest of the world can just keep on guessing. 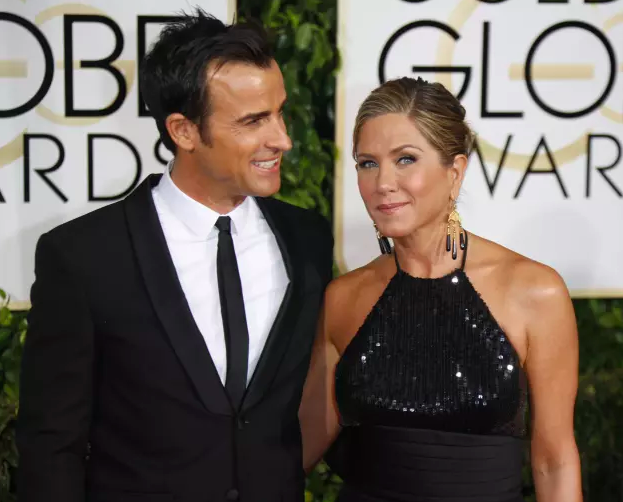