So much about the surrogate who carried Chicago to term remains a mystery. But, little by little, we’re learning more.

Including the dietary restrictions to which the surrogate agreed. These sound bonkers. Could you follow these rules for 10 months?

RadarOnline reports that, as part of the agreement signed in March of 2017, Kim Kardashian’s surrogate accepted dietary restrictions, including:

-Not "consuming, at any time, mold-ripened soft cheese, including, but not limited to, brie, camembert, chevre, blue cheese, and gorgonzola."

And those restrictions aren’t all.

At no point was the surrogate to consume "tile fish, raw shellfish, mackerel, raw fish, smoked salmon, or swordfish."

For some of us, a ban on raw fish is a ban on fish altogether (I love sushi but don’t care for seafood in any other form).

But there is one type of fish that Kimye’s surrogate could ingest, if she so desired.

Tuna was permitted … but "no more than six ounces" of tuna in any given week.

These all sound bizarre, right? But there’s actually a method to this Kardashian-West madness.

Let’s start with the cheese, because if you’re like me, you saw something about limits on cheese and thought that’s a dealbreaker.

But those very specific types of cheeses are "soft cheeses," and can contain listeria. Pregnant women are generally advised to not risk eating them. So it’s not just a celebrity thing.

Raw and partially cooked eggs (even though we all love our cookie dough) carry a risk of contamination with coliform bacteria, toxoplasmosis, or salmonella. Again, this is a standard thing for pregnant women to not eat.

Cold deli meats, like soft cheeses, carry the risk of listeria. (I worked in a deli and let me assure you, folks: better safe than sorry)

Unwashed fruits and vegetables can carry the risk of e. coli contamination, which is no joke. Grown children can die from e. coli; you don’t want that during a pregnancy.

Also, you generally want to wash your produce to get potential pesticides off of it.

Basically, all of that comes down to mercury pollution in the oceans, which is bad enough that, if you’re pregnant, you don’t need to be eating all sorts of fish, including swordfish.

The weekly tuna "allowance" is also because of the mercury found in tuna, which is also why people are generally advised against letting their cats eat canned tuna.

Considering that Kim Kardashian’s surrogate was only paid $68,000, that’s a long list of requirements. She had to forego sushi for almost an entire year.

But since these restrictions aren’t above and beyond anything that your average doctor would recommend, the only extraordinary thing is that Kim got it in writing.

(Incidentally, the list also restricts the surrogate from drinking more than one cup of a caffeinated beverage per day … but doesn’t mention a ban on alcohol. Or does that just go without saying?)

But you want to write down all of the details if you’re paying somebody. That’s what contracts are for.

This list is something that anyone thinking about becoming a parent should consider. Children can be wonderful, but are they really better than cheese? Or sushi? 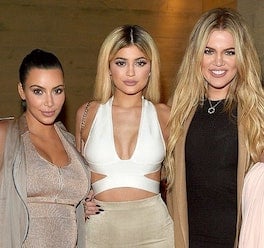