In the six months since we learned that Kendall Jenner and Blake Griffin are dating, the couple has been remarkably successful in terms of maintaining a low profile.

It goes without saying that this is no easy feat for a professional athlete and a member of the Kardashian clan.

Especially since Griffin is actually good at basketball, and not, like, Kris Humphries, or some such bench warmer.

The low-key nature of the relationship has led many to the conclusion that Kendall and Blake are more stable than most high-profile couples.

But if the latest rumors are true, it sounds like these two kept themselves out of the headlines as much as possible for one simple reason:

They were unsure if they had a future together.

Perhaps that was a smart decision, because according to Radar Online, Kendall and Blake have broken up.

And the rumored reason for the split is one that’s been staring them in the face from the moment they first hooked up.

Blake has two children with his ex Brynn Cameron, and it seems Kendall has zero interest in being a mother figure in their lives.

“She was of the impression that he was going to let his ex have full custody of the kids,” says one insider.

“But now he’s talking about joint custody once paternity is established.”

“She’s way too young to be herding another woman’s children around.”

Another source adds that Kendall “is telling friends she’s not ready to play stepmom to her baller boyfriend’s kids and is considering dumping him.”

Apparently, in Kendall’s mind, it’s a done deal, and the relationship is all but over.

There’s only one problem–she has yet to break the news to Blake.

“Blake will be furious if she walks,” one insider tells Radar. 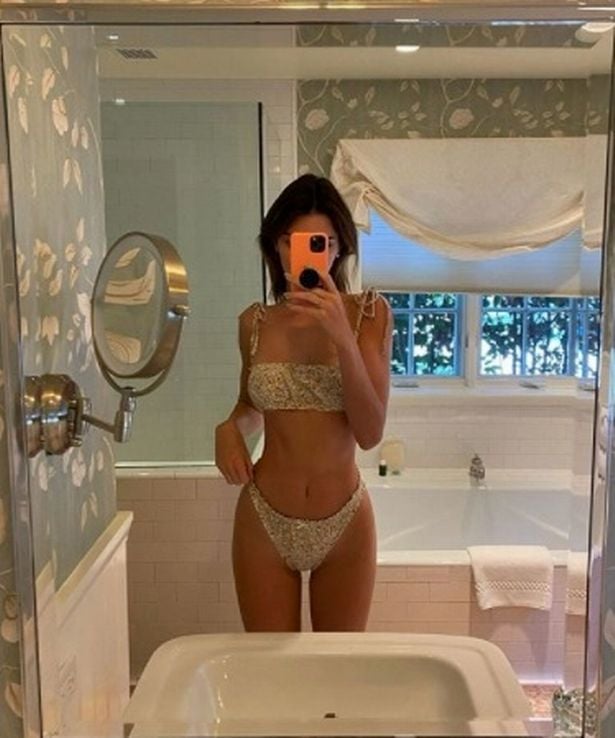 Griffin dated Cameron for several years, and they were regarded by many as one of the sports world’s most beloved couples.

Their split was said to be amicable until Kendall came along.

Now, it sounds like Blake feels that he put a lot on the line in order to date Kendall, and it was all for naught if she just cuts and runs.

Expect this situation to get worse before it gets resolved.