What began as an unlikely rumor has been confirmed to be a stunning reality:

We definitely did not see this news coming; not because it’s so shocking that a Teen Mom cast member would be expecting a baby…

… but because Portwood has only been dating boyfriend Andrew Glennon for three months.

Granted, it only takes about three seconds for one to get impregnated. And it’s not as though Portwood is known for making great decisions in life.

This development simply took us by surprise.

It also begs the question: Was the pregnancy planned?

Did Portwood simply fall hard for Glennon and decide to expand her family (which is comprised of eight-year old daughter Leah) with the 33-year old?

Perhaps, an insider tells Us Weekly.

This insider acknowledges that Amber has been experiencing some morning sickness of late, but that, overall, "she’s really, really happy."

This would certainly imply that Portwood either wanted to have a baby with Glennon or that she’s totally fine with the accident that occurred in their sex life.

The couple met while Portwood was filming Marriage Boot Camp and made its red carpet debut in August at the MTV Video Music Awards in Los Angeles.

Shortly before this event, the Teen Mom veteran gushed to Us Weekly about their romance.

“We’re going slow and we’re just trying to be smart about everything, which is good to find somebody on your level like that,” Portwood told the tabloid at the time.

Pretty interesting and ironic to hear her use the words slow and smart in light of this latest news, huh?

Glennon was working as a lighting technician on Marriage Boot Camp and pursued Portwood romantically after her season wrapped production.

"It was definitely butterflies there, but then again, as we started talking, strangely I felt so comfortable, which was amazing,” he told Us Weekly in August, adding:

In another bit over unfortunate foreshadowing, Amber also said at the time:

"We’re trying not to put too much pressure on a relationship.”

Sorry, guys. But a baby equates to A LOT of pressure. 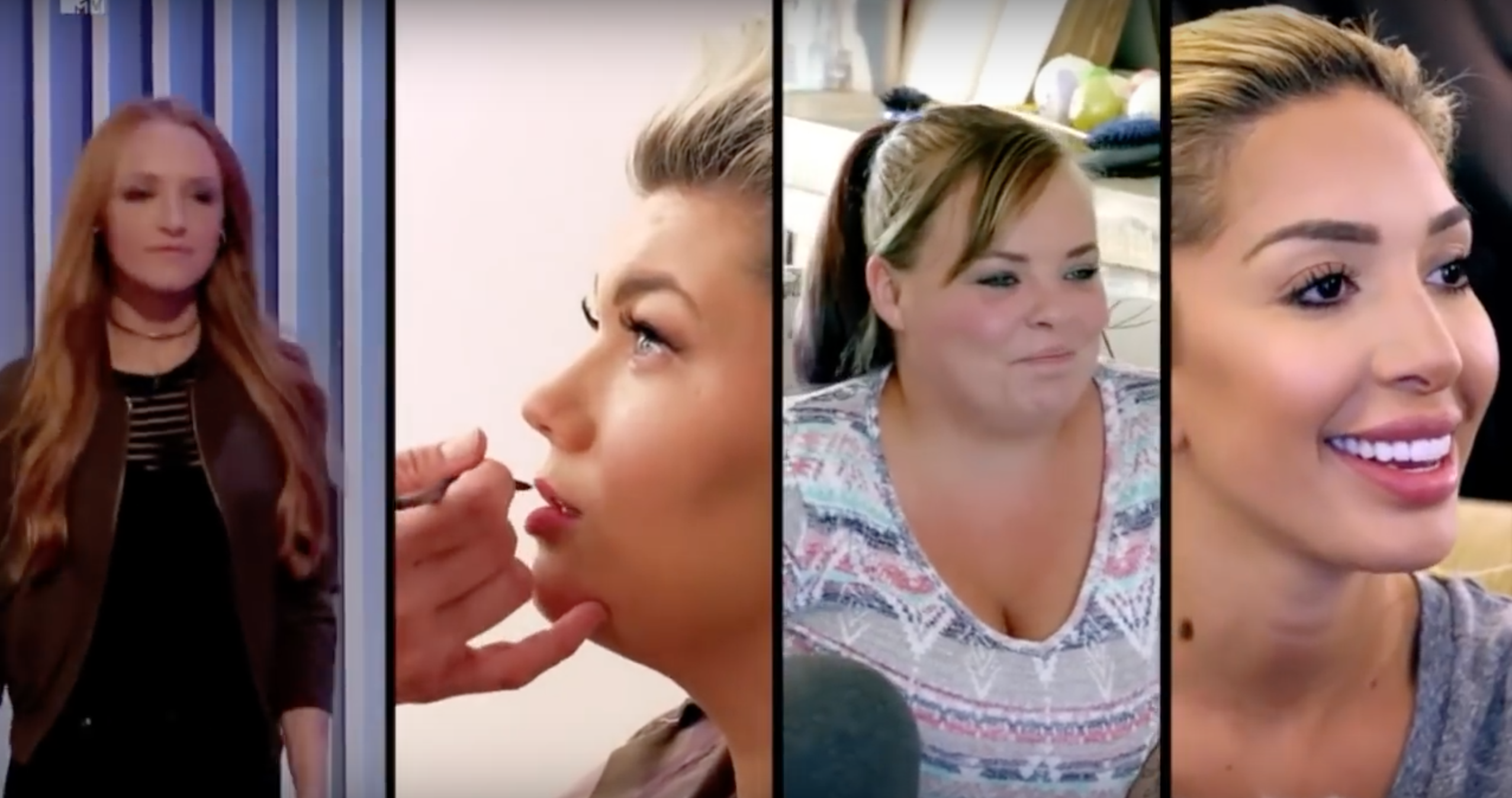 The MTV star was first featured on 16 and Pregnant way back in 2009.

After plenty of ugly fights and battles between the former lovers, Amber and Gary are now on very good terms.

Portwood served 17 months in jail about five years ago on drug possession charges and called off her wedding to Matt Baier after he offered fellow Teen Mom Catelynn Lowell a Xanax during an MTV press day in April.

Let’s really hope things go between between her and Glennon.