On a day already rocked by the tragic mass shooting in Las Vegas, this news is not exactly welcome. But it would have been grim news on any day:

Music legend Tom Petty has passed away at 66.

Following widespread confusion over whether Petty had died earlier Tuesday, his long-time manager confirmed his passing.

Tony Dimitriades said in a statement:

“We are devastated to announce the untimely death of our father, husband, brother, leader and friend Tom Petty."

"He died peacefully at 8:40 p.m. local time (0340 GMT Tuesday) surrounded by family, his bandmates and friends."

Just a short while earlier, TMZ reported Tom Petty’s condition, which took a turn for the worse and never recovered.

Apparently, the Rock and Roll Hall of Fame member had been found unconscious in full cardiac arrest Sunday.

EMTs were able to get a pulse in his Malibu home, but having a pulse doesn’t mean a recovery is necessarily in order.

Unfortunately, despite Petty regaining his pulse and being spirited with all due haste to UCLA Santa Monica Hospital, it just wasn’t enough.

TMZ‘s sources say that he was immediately placed on life support in an effort to stabilize his vital signs.

From there, there would be no recovery, tragically.

The Heartbreakers’ frontman’s condition was considered "critical" as soon as paramedics responded to the 911 call from by his wife (below).

Petty’s close friends and loved ones were reportedly upset but unwilling to disclose details about his condition or what may have led to it.

Information about the singer-songwriter’s health in general, or regarding if this event was the first of its kind, is scarce.

Upon arrival at the hospital, medical professionals determined that Tom Petty had little to no signs of brain activity.

That means brain death, which in all terms save the standard used to declare time of death, meant that he was no longer living.

The decision was made then to remove Petty from life support, and thus, multiple media outlets (prematurely) reported his passing.

Despite the erroneous reports of his death, he had been taken off life support, and the inevitable became reality hours later.

Tom is, as we said, a Rock legend.

A lot of networks are playing his other hits, like "Free Fallin,’" "Mary Jane’s Last Dance," "I Won’t Back Down" and countless others.

Tasteful references to his work seem like a perfect way to honor him, and we expect to hear plenty of them in the coming weeks.

(Honestly, I’ve had his massive hit, "Breakdown," playing in a loop on my head as I’ve written this – and I wouldn’t even consider Rock to be one of my music genres. That’s the kind of reach that Tom Petty has.)

Petty rose to fame in the 1970s with his band, the Heartbreakers, rising from the dive bar circuit to one of the great acts in the genre.

They were inducted into the Rock and Roll Hall of Fame in 2002.

Tom was also a successful solo artist and performed with Bob Dylan, Roy Orbison and George Harrison in the band The Traveling Wilburys.

Though Petty and his band debuted their self-titled record in 1976, they continued to perform to packed arenas over the past four decades.

Sadly for those who had hoped to see him at additional dates scheduled for this fall, there will be no new shows or next tour.

What there will be is a legacy few have matched, and a number of beloved tracks that will long outlive Tom or his collaborators.

The Florida native will undoubtedly down as one of the most successful and beloved singer-songwriters of his or any generation. 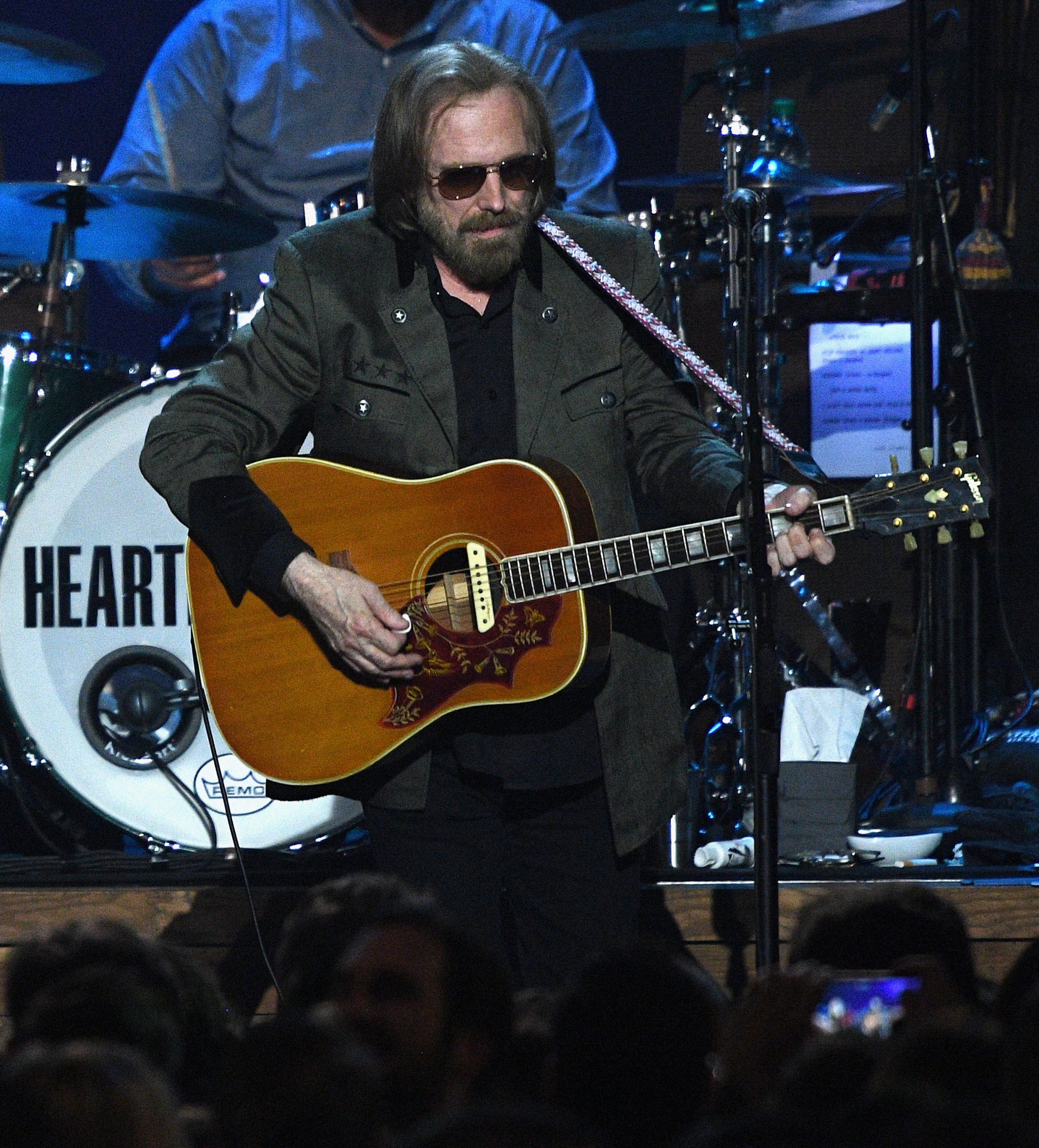