The leading man of any season of The Bachelor is supposed to be the season’s protagonist, of sorts. You might root for a hopeful contestant, but by doing so, you’re rooting for the Bachelor himself, too.

But what are viewers supposed to think when they find out that this next season’s leading man was, until very recently, dating one of the franchise’s most infamous villains?

Because Arie Luyendyk Jr. is the next Bachelor … and until very recently, he was dating Courtney Robertson. Oh, and Courtney has shared exactly what he’s like in bed.

So, Courtney Robertson won her season of The Bachelor.

This was season 16, way back in 2012 — the year where some people thought that the world might end but, unlike 2017, it didn’t actually look or feel like we might all get wiped out in a combination of intense natural disasters and some sort of nuclear onslaught at any given moment.

Courtney went onto that season, in which the leading man was Ben Flajnik, declaring that she wanted everyone to like her.

The problem, of course, was that Courtney badmouthed just about everyone else on the show.

Maybe that was just for the camera and doesn’t represent how she is in real life, but … it wasn’t a great look on her.

She won, though. She did win.

Obviously, Courtney Robertson and Ben Flajnik split back in the fall of 2012, but they actually stuck together for 11 months. That’s not nothing.

After that, and until very recently, Courtney and Arie Luyendyk Jr. were dating off-and-on.

According to Us Weekly, the off-and-on relationship that began in late 2012 between Courtney and Arie only ended a few months ago.

“Courtney Robertson was still dating Arie on and off up until a few months ago,” the source revealed.

That means that they spent five years doing this same dance.

“Arie still races and does real estate on his off season. Courtney got him into real estate!”

We love that they talk about real estate like it’s a hobby.

“Courtney has been living in Arizona for a year. She¹s doing real estate in Scottsdale and pretty happy, she¹s near her family.”

Courtney’s from Scottsdale, so that makes sense.

“Arie is based out of Arizona but still travels/races a lot.”

Apparently he likes to travel a little too much.

“That was part of the problem for Courtney with Arie: he will never stay in one place.”

That sounds exhausting. We hope that the ladies competing in Season 22 are prepared for such a chaotic lifestyle.

“But Courtney ultimately knew that it would never work out with Arie.”

In her 2014 memoir, I Didn’t Come Here to Make Friends: Confessions of a Reality Show Villain, Courtney Robertson also spilled some details about sex with Arie.

“He brought over takeout from Postino and two bottles of Brassfield’s Eruption wine and we closed the blinds. After we ate, we sat in the backyard talking. I found out that he dated someone connected to the show a few years ago and that’s how he ended up auditioning for The Bachelorette.“

Wow, that’s specific about what he brought over.

“During his casting weekend in North Carolina, my finale had aired. He and a bunch of the guys watched it and he said he knew that I was his ‘dream babe.’ He said from that moment on he had a crush on me. He was rewarded for that touching story with a makeout session that lasted for what seemed like an eternity.”

“Though he is an expert at lip locking, known among fans of the show as the ‘kissing bandit,’ I was getting hot and bothered and needed more. ‘Arie, I feel like I’m in high school.I can’t just keep making out with you.’”

Honestly, a lot of Bachelor Nation nicknames are super weird.

But we love how direct she is about her thirst.

“He was hesitant for a millisecond, but then we headed into my childhood bedroom, into my canopy bed, for what can only be described as the best sex I’ve ever had.”

That’s some serious praise. Courtney’s only had sex with, like, 15 guys (and she’s gorgeous!), but still.

“Why was it so good you ask? Arie’s incredibly passionate and utilizes his entire body in his lovemaking. And he knows exactly what positions make a woman feel comfortable and satisfied.”

Arie’s really great in bed. Courtney kept coming back for more for half a decade.

But he likes to move around a lot, and we don’t mean in the bedroom. That sounds exhausting or lonely, depending upon whether you envision yourself dragging yourself along with him or staying at home until he returns.

But maybe on his season of The Bachelor, Arie will find a woman who also likes … ugh … going places and doing things.

We’ll keep an eye out when that season begins! 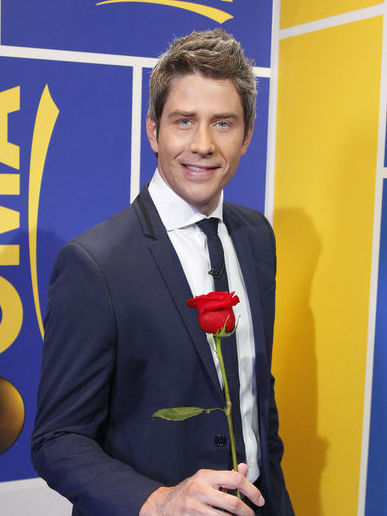